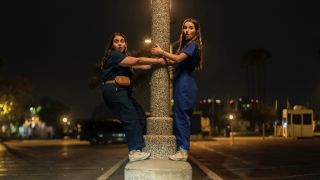 Every year dozens of new movies are released into theaters, onto DVD or Blu-Ray, and available through digital means. Finding the best options for teens to check out can be a gargantuan task, especially if you're looking for something in a specific genre. We've gone through the best teen movies from the last 30 years to find the absolute best. Out of all of them, our favorite is Booksmart, an end of high school story about two best friends trying to cram four years worth of fun into one epic night.

Four years of fun in one crazy night

After years of studying hard, Amy and Molly spend one crazy night to capture the fun of high school they missed out on.

Movies that center around the end of high school are classics, and every few years a new one hits the big screen. However, in many cases, these movies follow only the antics of boys as they leave high school and enter the world of whatever comes next, from American Pie to Superbad. Booksmart aims to break that cycle by bringing an end of school story that is centered on two students who were more inclined to study than party.

For four years, lifelong friends Amy and Molly have worked their butts off to get into good colleges and set the rest of their lives up for success. They thought that keeping their nose to the grindstone and avoiding any partying was the right way to go about things. That is until they find out that some of the kids who partied hard during high school also got into good colleges. The realization throws off their ideas of what was necessary and starts them down the path to a crazy night to recapture the experiences they missed out on.

Booksmart delivers a great movie that encapsulates how it feels to end high school, female friendship, and trying to recapture the moments you feel like you've lost. It's a classic for a new generation, and a hilarious ride, carried by the performances of Kaitlyn Dever and Beanie Feldstein. If you want an excellent movie for today's teens, this is one they won't want to miss.

When police kill Star's best friend, and she's the only witness, what she says could destroy her community or get her killed.

The Hate U Give talks about racism, police brutality, and how the two intersect with black communities is a movie that should not be missed. It revolves around the story of Star, a sixteen-year-old girl torn between her upper-class high school, and the poor neighborhood that she lives in. When police kill her best friend Khalil, she is the only witness to the crime. What she says could tear her community apart, and Khalil's death makes national news as conversations about police brutality bubble up.

This is an adaptation of Angie Thomas's debut novel, and it brings racism and the fraught world we live onto the big screen. Many times movies transport us to different places or let us experience things outside of our realms, and that is especially true of the Hate U Give. In a world where police brutality has become the norm, and where discussions of race happen every day, the story told here is more critical than it has ever been before.

10 Things I Hate about You

When Cameron falls for Biance, he thinks she's perfect. The only catch is that she can't date until her surly older sister does.

Shakespeare's The Taming of the Shrew is a classic play, but you might not realize that it got an adaptation on the big screen twenty years ago. 10 Things I Hate About You helped to catapult the careers of Julia Stiles and Heath Ledger with a hilarious and relatable romantic comedy based in high school. It was also a modern retelling of the classic story. It follows Cameron, a new student at school who falls for the beautiful Bianca. While he thinks she's perfect, he can't take her out because there is a rule in her house. Bianca can't date until her grumpy older sister Kat starts to date. Cameron takes matters into his own hands, paying off troublemaker Patrick to take her out.

Things escalate both between Cameron and Bianca, and between Patrick and Kat. While Patrick initially is only in it for the money, that changes throughout the movie. This story is equal parts hilarious, romantic, and sarcastic, delivering an excellent experience for teens to check out. It does double duty since it also shows just how timeless the classics by Shakespeare are.

Survival of the fittest means something different in high school

Cady Heron moves from being a homeschooler raised in the bush, to a new girl enduring the horrors of public school.

Cady Heron spent the first half of her life in Africa learning about the survival of the fittest as a homeschooled kid. When her parents return to the states, and she's enrolled in public school for the first time she's in for a rude awakening. Girl world might resemble the jungle, but she is not prepared to deal with the undercutting and sniping of teenage girls. Mean Girls, written by Tina Fey it is a movie that is as hilarious today as it was years ago when it was first released.

Mean Girls manages to be relatable to what it felt like to go through high school, while also skewering the way that women tear each other down instead of building each other up. It's easy to relate to Cady as she tries to find where she fits in and make friends in a new school. The entire cast is fantastic, and with tons of quotable moments, it's a comedy that has survived the test of time.

After a date goes terribly wrong Jay is left with the curse of something following her, and the only way to survive is to put others in danger.

"Someone passed it on to me, and now I've passed it on to you." This is the terrifying phrase that explains what is going on in It Follows, a 2014 indie horror flick that is a horror classic for a new generation. 19-year old Jay goes on a date and after fooling around her date roofies her. When she wakes up, tied to a chair, he explains why he's done what he's done. There is something following him, and it knows that he has slept with Jay; it will follow her instead. The only way to get rid of it is to pass it along.

It Follows takes the horror of an STD and elevates it to the next level. The cinematography is lush and gorgeous, and you're always on edge. The thing that is following Jay can look like anyone, anything, and all it wants is to get close. At all time it is following her, walking towards her, unless she manages to pass it along to the next person. It Follows manages to be terrifying without much in the way of gore or jump scares, and it's easily one of the best horror movies to come out in the past decade.

Everyone deserves a great love story

Simon is a gay student in the closet. When that secret is threatened, he must come to terms with himself and face his friends.

Not so long ago, LGBTQ movies were rare, and it was even more uncommon to see stories that featured teen romances. That has all started to change over the last few years, and one of the best LGBTQ movies to come out is Love, Simon. The film follows Simon, a closeted teenager who begins to interact with another closeted gay teen online. When Simon's secret is found out and threatened, he needs to come to terms with who he is, and share his secret with his friends.

Love, Simon is the big-screen adaptation of the book "Simon and the Homosapiens Agenda." It's the story of a boy coming to terms with who he is and finding love along the way. It's rare to see this kind of movie, even today, but hopefully, that's changing, and Love, Simon will be the first of many films of this kind.

There are tons of great movies that have come out over the years fixated on the experience of teens and meant for their enjoyment. From romances and comedies to horror and drama films, there is plenty to love. Out of everything available, the best movie for a teen today is Booksmart.

This story follows two studious teens as they finish out their high school careers. They embark on a hilarious adventure in an attempt to recapture the moments that they missed during highschool. It captures the feelings of finishing high school, of female friendship, and of trying to recapture time you feel like you've lost. It's a movie that captures what it feels like to be a teenager, and will definitely appeal to teens for years to come.