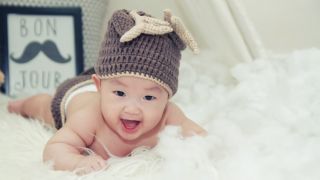 Nappy rash is an uncomfortable yet common condition that can affect up to a third of babies and toddlers. A mild case of nappy rash should clear up after about three days of at-home treatment, but some cases, as we’ll discover shortly, may require help from your GP.

It’s no secret that babies need their nappies changed frequently. Younger babes could be changed up to 10-12 times a day, with older babies requiring less changes. And if your bundle of joy has sensitive skin, you’ll probably be changing him or her as soon as they wet themselves. That’s a lot of nappy changes!

It’s easier to stay on top of nappy rash treatment when your baby is at home, so if baby’s in childcare let them know about your little one’s rash and how you’re treating it, enabling them to do the same.

Let’s now look at some of the common causes of nappy rash and how you can treat it. But first, what exactly is nappy rash?

What is nappy rash?

According to the Boots WebMD guidance on nappy rash, ‘Nappy rash is a common skin condition affecting the skin of a baby’s nappy area. Most babies experience some nappy rash in the first 18 months, whether they wear disposable or reusable nappies.’

So, in a nutshell, nappy rash is an irritation of the skin. You may spot a slight reddening of baby’s skin, within the nappy area, to begin with. Mild nappy rash may pass unnoticed by your baby, but sometimes the rash will progress and become uncomfortable. Baby might develop patches of red skin on his/her bottom; the rash may appear in the folds of skin only, or it might spread across the bottom and genital area. Your baby’s skin might also feel hot to the touch, or there might be spots or blisters.

Warning: here comes the poop talk! There are several potential causes of nappy rash, with the main culprits being wee (which contains ammonia) and poo (full of digesting enzymes that, when mixed with ammonia, irritates the skin). If baby is left in a dirty diaper for too long, nappy rash will occur.

Baby’s skin is also very delicate, making it more prone to soreness. As such, nappy rash can also be caused by a nappy rubbing against baby’s skin, or through sensitivity to soap, washing liquid or bubble bath, or by exposure to alcohol-based or perfumed wet wipes. Other triggers include diarrhoea, weaning, teething and sickness, especially if your baby is taking antibiotics. All of those things affect the gut and make an appearance in the nappy.

When is nappy rash more likely to occur?

Nappy rash can strike at any time, regardless of how thorough you are with baby’s nappy changing and cleansing routine. That said, there are times when baby might be more prone to nappy rash...

As mentioned earlier, if your little one is taking antibiotics this could cause diarrhoea, making nappy rash more likely. Why? Diarrhoea contains a higher count of active enzymes than normal poo, so the risk of skin irritation increases. Another side effect of antibiotics is thrush, a fungal infection that can also cause nappy rash. Cold and flu may lead to softer stools, increasing the risk of rash.

Any changes in baby’s diet, such as switching from breast milk to formula, or if they’re starting on solid foods, might affect the digestive system initially. So a change in the consistency and frequency of baby’s poo may also lead to nappy rash. Sleeping through the night for the first time could signal another increase in nappy rash, as you’ll be changing baby less often.

How do you prevent nappy rash?

You can prevent nappy rash by maintaining thorough hygiene and a good skincare technique when changing and cleaning baby. Nappy rash prevention begins with regularly checking baby’s nappy to see if it’s dirty – if you’re brave enough, have a quick sniff of baby’s bottom. Or run your hand around the nappy to see if it’s wet. Some nappies, such as Pampers New Baby nappies, have wetness indicators to let you know if your little one has urinated.

How do you treat nappy rash?

Normal cases of nappy rash can be treated by you, at home, and treatment begins with prevention. Any midwife will tell you that it’s just as important to clean baby’s bottom and genitals after a nappy change regardless of whether they have wee’d or delivered a lovely parcel for you. And you may be ok with scrubbing your body when bathing, but baby’s skin is delicate so be gentle to avoid further skin irritation.

Some mums avoid baby wipes when there’s a case of nappy rash, as wipes often contain antiseptics, fragrance or alcohol, which could worsen a rash. Ultra-sensitive baby wipes might be ok, but if in any doubt stick to plain water and cotton wool to clean baby, wiping from front to back and cleaning inside folds of skin. When done, pat the skin dry.

Ever heard of ‘free bum time’? Of course you have! And all babies love it. This is the time when you let your baby’s bottom get some air by leaving the nappy off for a while. Even a few minutes a day will speed up recovery from nappy rash. It’s a good idea to place baby on an absorbent mat or towel when sans-nappy – just in case they decide that your living room carpet would make a great potty.

If baby already has nappy rash, you have umpteen diaper creams at your disposal to reduce the rash and aid recovery...

There are two types of nappy cream: a barrier cream, such as Weleda, Burt’s Bees and Bepanthen, which works best when used before a rash appears, and a treatment cream, to be applied once a rash presents itself. The key with both creams is to apply them sparingly, otherwise you may end up creating a sticky film on the nappy lining. That may tamper with the nappy's ability to draw moisture away from baby’s skin.

The big three of nappy creams are Bepanthen, Metanium and Sudocrem. Parents on the Mumsnet message boards and over at Netmums rave about Metanium, a nappy rash cream formulated to soothe and heal irritated skin. Sudocrem’s Antiseptic Healing Cream has a cult following, too, not just by parents but by anyone looking for a healing cream that reduces skin redness, swelling, heat and discomfort. All symptoms of nappy rash.

In America, Aquaphor Baby Healing Ointment Advanced Therapy Skin Protectant is held in high regard for its calming effects on nappy rash.

When to see your GP

Nappy rash usually clears up after around three days, but what if it gets worse? NHS advice on nappy rash states: ‘If the rash doesn't go away or your baby develops a persistent bright red, moist rash with white or red pimples that spreads into the folds of their skin, they may have an infection. Ask your pharmacist or health visitor for advice.’ For severe rashes, the NHS recommends seeing your GP, who may prescribe cream or antibiotics.