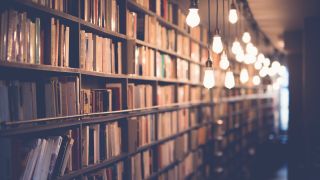 It’s an oft-repeated pub quiz question and everyone’s favourite bit of trivia: what are the best-selling books of all time? Ask anyone, and they’ll reel them off: The Bible, the Quran, Gone with the Wind...erm, Twilight? But we’re not here to give you a list of “who’da thunk it?” sales figures, but a breakdown of the bestsellers that are actually worth reading (of course, it goes without saying that we have nothing against the holy texts, but they can be heavy going in places).

Now, it’s common knowledge that something being popular doesn’t automatically make it good. That said, the books on our list are almost universally loved by readers or acclaimed by critics, and in the happiest incidences, both. Quite a lot of them are children’s books that have taken on a legendary all-ages status of their own – and since when were children’s books just for children, anyway? The jackets of The Hobbit, The Lord of the Rings and Harry Potter have all had glo-ups to be more appealing to grown-ups who don’t want to give away that they’re imagining themselves on a romp with some dwarves while taking the 6:45 to Paddington, so your secret’s (sort of) safe with us.

The rest are certified respectable reads, from the blockbuster Da Vinci Code, via self-help tomes The Alchemist and Think and Grow Rich, all the way to the enormous doorstop that is Cervantes’ Don Quixote. We can’t tell you which one you’ll definitively like the best, but what we can do is give you a quick-view of genre, number of pages, and what it does better than any other book to help you come to the right decision.

A twisty-turny rollercoaster ride of a thriller, with a healthy dose of historical intrigue

You might have already treated yourself to a screening of the 2006 film (we hardly blame you, it’s Tom Hanks) but The Da Vinci Code is still worth a read, to put it mildly. It begins with the murder of a curator inside the Louvre, a single act that births a sprawling mystery full of twists and turns, eventually leading to the works of Leonardo da Vinci, and a secret that could derail history as the protagonists – and the world – know it. A novel that artfully combines the heart-in-mouth thrill of popular murder mystery with a surprisingly cerebral edge, it’s every inch the one-of-a-kind blockbuster.

2. Harry Potter and the Philosopher's Stone by J.K.Rowling

Accio, reading glasses! Prepare to get lost in the wizarding world.

£3.49
View at Amazon
£6.49
View at 365games.co.uk
£7.09
View at Base.com
See all prices (48 found)
Enjoyable for children and adults
First introduction to the wizarding world
There are six more to read

Like many of the books on our list, Harry Potter and the Philosopher’s Stone is merely one of a series, but even putting aside its outrageous sales figures, book one of the Harry Potter series is absolutely essential reading. Following the boy wizard’s sudden induction, at the age of 11, into the magical world he never knew existed, the story brings us some of the most beloved (and abhorrent) characters in fiction for the very first time, however, even taken out of context of what we now know about the series, it’s a thrilling tale inhabiting a beautifully-drawn world, and a completely unputdownable read for all ages.

It’s a beast for certain, but this Cervantes-penned novel is an enduring classic for a reason

£9.99
View at Waterstones
Check Amazon
See all prices (2 found)
Tick a classic off your list
Entertaining and sometimes reflective
Hugely long and a bit rambling in places

The eponymous Man from La Mancha is so influential that his name has become its own English adjective – not bad for a protagonist that’s over 400 years old. At over a thousand pages for both parts, Don Quixote it’s a meaty read for sure, yet the story at its heart is so simple. It follows a knight whose brain has been addled by too many chivalric romances, leading to a Buzz Lightyear-like tendency to leap into action against imagined enemies and injustice, and ushering the reader through reams of playful, meandering text, often tenuous and more often surreal, but all essential to an understanding of this idiosyncratic and slightly bonkers book.

A masterclass in fantasy writing from everyone’s favourite linguistics professor

£8.99
View at Waterstones
Check Amazon
See all prices (2 found)
Beautifully drawn epic world
Lovable, memorable characters
Some songs and poems you might be tempted to skip

Forgive us for cheating, but while this is, strictly speaking, three books, it seems both unfair and borderline impossible to choose just one. Across The Fellowship of the Ring, The Two Towers and The Return of the King, Tolkien draws an immensely detailed world that still manages to feel real after all these years, and its moments of reflection between the action make a refreshing respite from the current fashion for unrelentingly grim fantasy (that’s right, we mean you, Game of Thrones). Sure, the story might be epic, but it’s the cast of memorable characters and the vast and breathtaking world, both of which you’ll find yourself falling helplessly for, that ultimately make this one of the best book series of all time.

5. And Then There Were None by Agatha Christie

Agatha Christie is the best-selling novelist of all time. Just let that sink in for a second, because it says a lot about her masterful mystery writing, and the fact that her books still manage to draw us in – and then promptly frighten the socks off us – today. And Then There Were None is the best of the bunch, a chilling tale with no heroes to speak of that sees each of its characters picked off one by one by an unseen foe. A tense, dark meditation on the nature of justice, as well as a thoroughly exciting read, it’ll keep you guessing right up until the end.

If you’re enticed by the lore of The Lord of the Rings trilogy, but don’t have the time or the inclination to get your teeth into three quite lengthy books, this is a wonderful introduction – but that hardly does The Hobbit justice. A fine standalone novel in its own right, it follows Bilbo Baggins, a hobbit who rarely ventures further than his own pantry in the idyllic Shire, as he embarks with a company of dwarves on a perilous journey across the unforgiving landscapes of Middle Earth, facing down everything from enormous spiders to one especially selfish dragon... A marvellous adventure, whether you’re a first-timer or a re-reader.

At times galumphing, but always frabjous

There are a lot of misconceptions out there about Alice’s Adventures in Wonderland (that’s right, it’s not one big allegory for hallucinogenic drugs) but one commonly-heard refrain rings true: that it’s an English classic. A huge departure from the mostly dry and moralistic children’s literature that preceded it, Wonderland bursts with colourful characters, delightful nonsense and tongue-twisting passages designed to be read aloud, and while some might find its flightiness and lack of discernible plot a challenge to get into, there’s no denying its artistry or influence.

They might not have had Bitcoin in 1937, but Hill’s advice still rings true

Anyone who’s experienced any sort of financial hardship might, not unreasonably, find themselves put off by a quick scan of the themes involved in Napoleon Hill’s book (for example, just wanting it really, really badly!) But keep in mind the old adage about not judging books by their covers, because there’s a surprising amount to be gained from this motivating self-help volume. Also surprisingly, it’s not all about money, but more about success, with both vaguer meditations on and concrete tools for how to achieve it. More of a reference book to refer to again and again over the course of a project, or even over the course of your life, than something to digest in a single sitting, it’s worthy of being kept around for anyone who needs a little kickstart.

9. The Alchemist by Paulo Coelho

A bit of everything goes into this motivational fable

Part novella, part fable, part self-help book, The Alchemist frequently defies classification and convention, and that’s possibly what makes it so powerful. It tells the tale of Santiago, a boy from a desperately poor family who finds himself wondering if grazing his flock in the hills of Andalucia is all there is to life. It's not, of course, and a chance encounter with a couple of gypsies inspires him to follow his dreams across the Mediterranean and into the Sahara in search of treasure underneath the pyramids. It’s beautifully written and packed with stunning imagery, but really it’s the message behind it all that maintains this book’s position as a bestseller: that you should ignore those depressing Greek plays and classic novels, and unlearn the lie that your destiny is unchangeable.

10. The Lion the Witch and the Wardrobe by C.S. Lewis

As luck would have it, there’s more than one fantasy world to escape into in our list, and this one has been a firm favourite of children and wistful adults for decades. The snow-blanketed Narnia of The Lion, the Witch and the Wardrobe is a beautifully realised land, full of wonder both for the reader and for little Lucy when she accidentally stumbles upon it at the back of an otherwise nondescript wardrobe, but it’s also governed by dark magic at the hands of the cruel White Witch… While it’s been subject to a lot of close-reading in recent years, with some readers calling it religious allegory, we recommend taking it for what it is: an exciting, enchanting read for children of all ages.