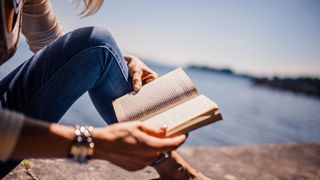 Once upon a time, there were books for children, and books for grown-ups. But, thanks to J.K. Rowling and a little something we like to call “the Harry Potter Effect”, the lines have been somewhat blurred in recent years, giving us a genre that’s just as appealing to older kids, teens and almost-adults as it is to their parents: young adult, or YA, fiction. The only problem (if you can call it that), is that thanks to this unprecedented explosion of interest, there are now more rollicking reads than you can shake a bookmark at, so it can be difficult to know where to start, even if you separate your shelf by genre or dream in the Dewey Decimal System.

We’ve rounded up the best young adult books both old and new, according to avid readers and enthusiastic reviewers, to help you on your quest. Some might be more suitable for younger or older readers than others, but whether it’s for you, a friend, or a younger family member, these titles are all highly rated and offer a little something for everyone, so it’s at your discretion. Whether you, or they, like sci-fi, fantasy, or romance; big sweeping worlds with their own complex lore or a straightforward but gripping story set in the real world, there’s something for all. So what are you waiting for? Chapter one...

1. City of Bones by Cassandra Clare

If you’ve been into this fantasy thing for any decent stretch of time, it’s likely you’ll find this first instalment of the Mortal Instruments series reasonably par for the course in terms of characters and the odd trope. But what gives it our top spot is the sheer originality of the world the author has created, one of demons, mundanes (humans, that is), twisted family ties and uncertain identities. It’s also a prime example of ‘urban fantasy’, a grittier contemporary take on the dungeons and dragons model of some less recent releases.

The original YA fantasy hit, we think it’s safe to say that The Hobbit’s appeal has only grown since its first edition came out in 1937. It’s the sixth-best-selling single book ever, and while more voracious readers might want to tackle the mammoth The Lord of the Rings trilogy too, this is a great place to start. It’s a self-contained start-to-finish adventure story that’s entertaining, with some beautiful turns of phrase, unforgettable characters, and important meditations on courage, fellowship, and home.

3. The Curious Incident of the Dog in the Night-Time by Mark Haddon

A mystery book with a none-too-mysterious title

We’ve all read tales of go-get-em boy detectives, or at the very least watched a bit of Scooby Doo in our time, but Mark Haddon’s The Curious Incident of the Dog in the Night-time gives us a hero with a difference. 15-year-old Christopher Boone has an Aspergers-like disorder that the author uses as a lens to examine the troubled lives of the adults around Christopher, a refreshing perspective, and a sensitively realised depiction of disability in the world of YA fiction where, let’s face it, the most popular titles don’t tend to be the most diverse. In turns sad, funny and revealing.

4. All the Bright Places by Jennifer Niven

A bit of a tear-jerker with wisdom to spare

When two teenagers meet on the ledge of their school’s bell tower, both intending to jump, it’s unclear who saves who. But as Violet and Finch are sent out into the world (or rather, their provincial Indiana town) to report on the natural beauty they find there, it starts to become apparent that as one opens up to the possibility of life after grief, the other is winding down. While some found this book incredibly touching, others criticised it for its “indie film” approach to mental illness and suicide. Either way, it touches on some important themes, and doesn’t once aim to romanticise or glorify.

Want, Cindy Pon’s gripping tale of class war and corporate greed, is set in a not-too-distant future Taipei, where the air is choked by smog and only the elite class can afford the suits to protect them from it. When protagonist Jason Zhou goes on a mission to take down the corrupt corporation who let all this happen, he does so through an incredibly richly drawn backdrop, accompanied by an unusually (for YA, certainly) sympathetic and well-rounded cast of friends. Part thriller, part coming-of-age tale, part wake-up call, it’s a very timely release.

Enjoyable for all, whether you’re reading aloud or all to yourself

Appeals to all ages
Immersive, beautifully-written world
A bit scary in places

The first instalment in Philip Pullman’s His Dark Materials trilogy, The Northern Lights is a classic of children’s fiction with a legendary status almost on par with that of The Hobbit. But don’t let that “children’s fiction” bit put you off, because it’s every bit as complex, dark and thrilling as any adult book, with a cast of unforgettable characters from the plucky Lyra to the chilling Mrs Coulter, and distinctly grown-up themes. While younger readers might not pick up on some of the more deeply threaded themes, such as the strong anti-church sentiment, it’s proved to be a deep, imagination- and thought-provoking read for all ages ever since its publication in 1995.

7. The Perks of Being a Wallflower by Stephen Chbosky

A coming-of-age read for teens and adults alike

Written in the form of letters to an unnamed recipient, this landmark teen novel covers some pretty dark themes. To say what exactly is to spoil some of the finer points and more devastating moments of the plot, but the somewhat detached voice of wallflower narrator Charlie means it’s done with the lightest of touches. A deeply sensitive read for teens and adults alike, that might just inspire you to go out and make your first mixtape in years. Plus, it’s on the shorter side, so it makes a great quick read for reading challenges, or just for fun.

8. Every Day by David Levithan

A romance novel with a big creative twist

It might not take our overall top spot, but David Levithan’s Every Day wins the day for most creative premise. Protagonist ‘A’ wakes up inhabiting a different body, living a different existence, every single day. He makes it a policy not to interfere with his host’s life — that is until he inhabits Justin and meets his girlfriend Rhiannon, and decides that he wants to be with her for much longer than just one day. If you don’t appreciate not getting closure at the end of a book, this one is likely to frustrate you, but if you’re after a YA romance with an offbeat twist, it comes highly recommended.

9. We Are the Ants by Shaun David Hutchinson

A tongue-in-cheek read for lovers of science-fiction

It might seem as if the question posed to protagonist Henry by his alien abductors at the beginning of We are the Ants (bear with us here, it’s not a sentence we thought we’d write either) is a simple one. Is the world worth saving? All Henry has to do is push a button, but when your mother is struggling to make ends meet, your boyfriend’s dead, and your grandmother is losing herself to Alzheimer’s, is the world really so great? Readers loved Henry’s “unflinchingly honest” narration, and the fact that every single character was fully fleshed out, with no flatness or inauthenticity to detract from the hugely original plot.

An entertaining and richly descriptive read for younger bookworms

Wish fulfilment for book-lovers
Imaginative storyline
Can drag in places

What avid reader hasn’t wished at some point that they could bring their favourite fictional characters to life, or that they themselves could disappear into the pages? Cornelia Funke’s Inkheart operates on this appealing premise, following the story of twelve-year-old Meggie and her father Mo. It just so happens that Mo can “read” characters out of books and into the real world, which, as in the case of Meggie’s mother’s disappearance, is a gift that can have dire unforeseen consequences. Some readers found that while this rather long book had a suitably absorbing plot, it could drag a little in places, so we’d recommend it more for older children who might have a slightly longer attention span.

If physical copies of books are sooo last year, check out our guide to the best Kindles and e-readers to keep your teen's reading flowing (and their tech needs met!)