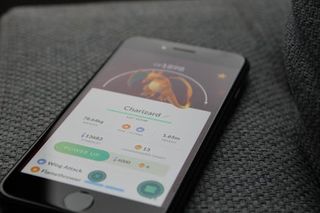 Just what are the best iPhone games? There are so many on the App Store. Some great, some truly awful and plenty in-between. But how do you know which ones are actually worth purchasing? That's where we come in with our list of the best of the best downloadable games for iPhone users.

Although we’ll never forget the endless hours of entertainment (and frustration) we got from playing Snake on our Nokia 3310, the advancement of smartphone games has come a considerable way. If you’re a serious gamer, then there are plenty of games out there that you’re bound to love. Of course, there are also many free downloadable iOS games available, but a lot of them are lacking quality or depth, and even some of the cheaper purchases won’t be worth your time, so make sure you consider what type of game it is you’re looking for before you start downloading willy-nilly.

If you’re looking for a game you can really get into, then you could look for one that has in-app purchases so you can enhance your gaming experience for as long as possible (do keep track of how much you're spending though as it's easy to get carried away). Or if you get serious FOMO, then choose a multiplayer game that you and your mates can all play together (and inevitably never get anything done).

We’ve picked out some of the top rated games for iPhone that are currently floating about the App Store, including RPGs, card games and interactive story games so there's something for everyone.

Remember to check out our guides to the best XBox 360 games and the best GBA games once you're done reading this.

Animal Crossing is one of the latest iPhone games to kick up a storm as both children and adults everywhere become addicted to this cute game. If you liked the Sims or something similar then you’re bound to like Animal Crossing. The game takes you out of your busy working life and into rural setting of Animal Crossing: Pocket Camp, where you are the manager. This game can really suck you in as you complete tasks in exchange for materials which you then use to build your own campsite. Users love having such free reign over design but be warned it can get addictive. You’ll have tasks that have a time limit on them so you could find yourself prioritising these cute creatures over your own real life chores!

Compete against others
Team up with others
Text is badly translated

If shooting games are your thing, you’re bound to like Rules of Survival, especially if you're after a mobile take of the massively popular  PlayerUnknown's Battlegrounds. Incredibly competitive from the start, the game allows you to battle against other players or team up with them. The rules are simple; the last one standing wins. The quality of the game itself has been said to be a little ropey, especially with the translation of text on the screen (sometimes it looks like a game of Chinese whispers played via Google translate), but despite its teething problems, players have found this game engaging and the tension addictive.

A fantasy card battle game for you and your friends

If you liked World of Warcraft, then you might just love this fantasy card game as it’s a very similar concept. Players favour Hearthstone because you can build up a deck of cards and it always stays with you as it is linked to your Battle.net account rather than saved within the app. This allows you to really hone your skills and you don’t always have to only play this game on your iPhone. The only downside is some users don’t like that you can often get paired with much more advanced players which means you have no chance in winning, but it still offers the opportunity to play and practice.

Travel the world your way with this interactive story game

80 Days is a great interactive storytelling game based on Phileas Fogg’s journey around the world, where you step into his shoes and make decisions based on his health, finances, time management and much more to determine the journey you take. Sometimes it can go disastrously wrong and other times it leads you to adventure. All the while doing so against the clock for a fully immersive experience. The only downside there are no in-app purchases so this game can get a little repetitive after you’ve played it a few times.

Mario is one of the classic characters in the gaming world, and Super Mario Run is an equally fun game for both serious gamers and those just looking for some entertainment on their phones. The game is simple, you control Mario in order to overcome obstacles and collect coins along the way. The levels get harder the further you go, and some players have said this can be a little frustrating, especially when trying to make some big jumps, but that’s the point of the game. The more coins you collect you can then use these to build your kingdom. A simple yet effective way of having hours of fun.

A decision based swiping game

Best for: Easy to play | Type: Card RPG | In-app purchases: No | Multiplayer: No

Reigns is a bit like Tinder for the Dark Ages as you swipe right or left on a card to make a decision about what happens next. You are the medieval monarch and you can cast your royal eye over the advisors, peasants, allies and enemies; swiping right or left to determine their fate. You’ll be faced with challenges and obstacles which can get in the way of completing the game, which users find to be extremely addictive. Players find this game incredibly imaginative however the lack of in-app purchases means once you’ve seen all the cards you know the best answers. This game is perfect for passing time on the train or other long journeys.

7. PewDiePie: Legend of the Brofist

PewDiePie's 2D Platformer game is surprisingly fun, and YouTube fans can expect to have much love for it. It’s a simple concept which involves collecting coins to unlock all of the YouTube stars and buy new characters. It has a number of difficulty levels and all of the voices are acted by the real life stars. The game has a few bugs that need ironing out and we'd like to see some advancement in the platforming physics, but for the early stages this is an impressive game.

A new tale of crystals all packed into your iPhone

For followers of Final Fantasy, downloading Final Fantasy Brave Exivus is definitely worth the time and money. This RPG is a mixture of Final Fantasy’s storytelling and turn-based combat which makes for a great little game to play on the iPhone. Fans will love the huge roster of characters available from the original Final Fantasy game and some familiar faces from other games, too! For an iPhone game, the graphics are excellent, but the storylines lack depth in the first part of the game, which might be a little disappointing for some Final Fantasy fans. Overall the turn-based combat set up is structured well for mobile and the game itself is pretty generous in terms of what you can do without additional purchases.

A game that will get you moving

Pokemon Go took the world by storm a couple of years ago and it’s still going strong. This game revolutionised the world of iPhone games, allowing you to merge fantasy and reality using GPS. Find Pokemon in real life areas with the map on your phone, and follow it to all the local Pokestops. What’s different about this game is it gets people moving outside, which is perfect if you’re a self-confessed hibernating gamer. The game is inevitably more fun when living in busier areas, as there will be more Pokestops, but even if you don’t, it’s a great excuse for an adventure.

Check out our guide to the best N64 games to see our round-up for retro gamers.