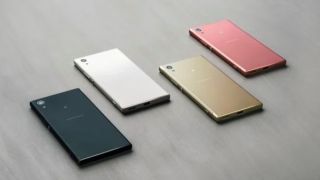 Contrary to what those flashy adverts would have you believe, there are more than two types of smartphone in the world. Sure, it might be fun to get your hands on a flagship model, but fast forward to six weeks down the line, when you’re paying upwards of £100 for a new screen, or finding out your seemingly high-tech phone is now obsolete in the wake of a brand new model, and it doesn’t always seem worth it.

So for the reassurance you’d get from a big brand name, but without the big price tag, we’ve put together a list of the best budget smartphones out there right now, from Motorola, Nokia, Sony and more.

All of the phones on our list feature the Android operating system, the very same used by high-end smartphones like the Samsung Galaxy, which means you’ll be able to download any app from the Google Play Store as long as you have the space (if you don’t, you might want to consider relegating some of those pet photos to the Cloud). When it comes to hardware, each of our picks has its own particular charms, so whether you’re looking for something with a fingerprint scanner to outwit would-be snoops, or the best camera for taking those poolside selfies, read on.

A budget smartphone with an expensive look and feel

Following four generations of budget smartphone that were great but, design-wise, decidedly uninspiring, Motorola have made a conscious effort to get the G5 looking like the swanky smartphone it is. With a choice of gold and silver aluminium backing and below-screen fingerprint scanner that can be modded to act as a home button, it clearly takes its aesthetic cues from the iPhone, and its screen even matches the iPhone 7 Plus for number of pixels. Elsewhere, with a surprisingly capable processor happy to handle Android games, and a decent 13-megapixel camera, it’s an all-round great package for just shy of £150.

Light and bright, even in challenging conditions

You get a lot of megapixels for your money with the Sony Xperia XA1 – an impressive 23 for the rear sensor, to be precise. At 1/2.3-inches, it’s actually the same scale as some compact cameras, and reviewers reported excellent image quality and detail, making this one of the best smartphone cameras in the price range. It also looks and feels surprisingly high end, with touches of metal in all the right places, a beautifully bright screen compared to the undersaturation of many of its low-priced competitors, and a super slimline profile.

With Gorilla Glass and a streamlined design, the EE Hawk is tough stuff

With the Hawk, EE have made it their mission not to stuff it to the gills with the highest spec budget constraints will allow, but to refine the whole package into something elegant and high-end-feeling. As such, it might not have the processing power required to handle demanding apps and games, but for its affordable price it has a lot to offer. Its good looks come courtesy of an iPhone 7-like design (less the Touch ID pad) and a front and back made of tough Gorilla Glass, durable as well as attractive.

With extra RAM and more megapixels, this plus model is a real treat

A metal build is like gold dust in the budget smartphone market, so this WileyFox phone’s sturdy body is a joy to behold in a sea of otherwise plastic handsets. This Plus model differs from the original Swift 2 in that it offers an extra gig of RAM and an upgraded 16-megapixel camera, making for a great value package, but otherwise both boast roughly the same set of charms: a fully-laminated IPS screen and octa-core Snapdragon processor among them. Plus, with a decent fingerprint scanner, this is a solid choice for those worried about phone security.

With loads of life and a decent camera, the Honor 6A sees off common budget smartphone complaints

Those looking to make their first leap into smartphones from a trusty Nokia 3210 might be put off by the lack of battery life, but with a hefty 3020mAh cell to its name, the Honor 6A keeps going and going. It also succeeds where many other budget smartphones can sometimes fall down: in the camera department, where it boasts a 13-megapixel sensor at the back and 5 up front where it boasts a 13-megapixel sensor on the back, and 5 megapixels up front, as well as Huawei’s range of filters, including the famous ‘beauty mode’ for selfie fans. However, with no fingerprint scanner, it may not be the best pick for those wanting that extra level of assurance.

High-end looks for a low-end price

Lightweight and slimline, the Vodafone Smart Prime 7 is a world away from the blocky, bricky budget mobile you might be expecting. It’s a commendation to the carrier that they’ve stuck with clean, classic Android rather than resorting to cheap-looking skins, and that this handset comes pre-loaded with the latest version, which many cheaper options don’t. It can be a little slow to respond, and transitions aren’t the smoothest, but then this isn’t a phone for heavy duty use – if you’re looking to shoot off some emails and make full use of the surprisingly feature-packed camera app, it’s ideal.