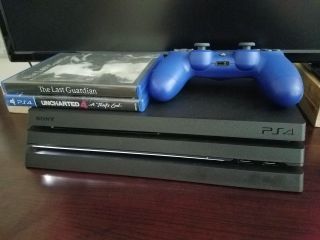 There are gamers out there that need to have every game console on the market. For most people, any more than one or two gets overwhelming. Here are the best video game consoles, including variations among "The Big Three." Our top recommendation is easily the Nintendo Switch.  Those looking to spend extra for more premium features can look closer at the PlayStation 4 and Xbox One.

The best of both worlds

The Nintendo Switch is perfect for nearly anyone who plays video games, whether casual or serious.

Nintendo Switch tries to give you the best of both worlds — form, and function — and succeeds for the most part. It's certainly not as powerful as the competition, but it still has enough power to run most AAA games today, an aspect that more third-party developers are taking note of. Now you can play games like Skyrim and The Witcher 3 on a machine that also runs Pokémon and Super Mario. That's impressive. Not only can you take a game like DOOM on-the-go, but you can also play the main Pokémon game on your television.

Players aren't tethered to their television anymore, either. Nintendo Switch systems can be brought anywhere because they are also handheld. This makes it the perfect party console because everyone can bring theirs and have fun together. It's lightweight, portable, and can even fit in your pocket if you've got some big pockets.

Where the Nintendo Switch lacks is its online capabilities. Yes, it's premium online subscription service is much less than the competition, but that's because it's an inferior service. Online gameplay just isn't as good on Nintendo Switch as it is Xbox or PlayStation. On top of that, a lot of people have found Joy-Con drift to be an issue, meaning even if you aren't moving the Joy-Con's thumbstick, it will register in-game as if you are. Not exactly conducive for perfect accuracy.

A lot of power in a small package

The Xbox One X delivers the best possible gaming experience on consoles, hands down.

The Xbox One X is by far the most powerful console on the market. It sports six teraflops of computing power, making games run faster and look better than any other console before. If you're looking for a console with the best performance, look no further, because you won't beat the Xbox One X. It doesn't always offer 4K resolution and 60FPS at the same time, but you'll have plenty of games offering a choice between either.

Microsoft also ensures that Xbox is the best place to play by creating a welcoming gaming ecosystem. Xbox Game Pass is a monthly subscription service that gives players access to hundreds of titles in a rotating catalog like Netflix. But these games are downloaded directly to your console instead of streamed, making the performance and reliability that much better. This only complements the console's backward compatibility, allowing people to still play their old Xbox 360 games — provided the games support such features.

What some people consider the bread and butter of every video game console, its exclusive games, tend to be arguably inferior on Microsoft's part. The company just doesn't have acclaimed exclusive franchises like The Last of Us, God of War, Uncharted, and Horizon Zero Dawn. It notably has Gears of War, Halo, and Forza, but many have either found those to have grown stale or believe they can't compete with the likes of what Sony can offer. Microsoft is investing more in first-party titles, but Rome wasn't built in a day.

If you want the industry's most excellent exclusives, PlayStation 4 Pro is the way to go.

Sony's known for its top of the line exclusives. PlayStation is the only place to play masterpieces like The Last of Us and God of War, not to mention upcoming games like The Last of Us Part II and Death Stranding. The quality of Sony's portfolio is nearly unrivaled, and some of these games are certainly worth buying a console for alone.

PlayStation is also the only console to offer proper VR support, and PSVR runs best with a Pro. There are definitely some aspects that hold it back from being amazing, like all of the wires. But other consoles simply can't compete when they don't even have a dedicated VR headset — and no, Nintendo Labo VR does not count.

As good as the PlayStation 4 Pro is, it falls behind Xbox in terms of features and power. It can offer 4K and 60FPS gaming, just less often. And it doesn't have any backward compatibility nor a service to genuinely rival Xbox Game Pass, as much as PlayStation Now may try.

The perfect entry point for those who want to get into console gaming without spending an arm and a leg.

The PlayStation 4 Slim is what you get when you want Sony's exclusive games but don't want to pay the extra money for better performance. A standard PS4 gets the job done admirably and still provides a substantial gaming experience at 1080p and 30FPS, which is good enough for most consumers. Plus, it has its own dedicated virtual reality headset, which is something Xbox cannot say.

There's a lot to love and not a lot to hate here. Its most significant downsides are that it isn't as powerful as the PS4 Pro or Xbox One X, and it's not portable like the Nintendo Switch, which is understandable given its nature as a home gaming console.

The Nintendo Switch Lite does away with television compatibility and focuses solely on portability without sacrificing games.

The Nintendo Switch Lite is effectively Nintendo's latest handheld device after the 3DS. It's no longer compatible with televisions like its counterpart, but its focus on portability shaves a significant amount of money off of its price point, and it doesn't sacrifice any of the games that you love. All Nintendo Switch games are playable on the Nintendo Switch Lite; sometimes you may need to buy some extra accessories, though.

The smaller screen size may turn off some people from buying it, but that's also a selling point to others. If you were content with a Nintendo 3DS and what that system had to offer, you'll be more than happy with a Nintendo Switch Lite. Plus, it has a longer battery life and a proper D-pad, and you can't go wrong with that.

You can't go wrong with a Nintendo Switch. There's a reason it's one of Nintendo's best-performing consoles. It finally has proper third-party support and is the perfect hybrid console for when you want to relax on your couch and play on the television or undock it and take it on a car ride. When you factor in its stellar exclusives lineup and the digital SNES and NES shops, picking up a Nintendo Switch is a no-brainer.

If you want the best graphics possible without splurging on a dedicated gaming PC, you'll want the Xbox One X. It's the priciest console available, but that's because it delivers a powerful product. Staying ahead of the curve in terms of performance isn't cheap.

As for those who are looking for the best games, especially single-player games, pick up a PlayStation 4 Pro. Your taste in games may be subjective, but most people will agree that Sony offers some Emmy-worthy adventures in a variety of different genres. You're bound to find something that you like, whether it's during the post-apocalypse or in an otherworldly realm altogether.