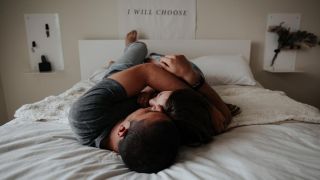 In today's world, staying safe is easier than it has ever been before, at least when it comes to your sexual health. Staying clean of STIs and avoiding unwanted pregnancies is easy when there are so many options available to you. One of the most popular is using condoms, and out of all the contenders Trojan's Thin Lubricated Condoms offer up the absolute best experience.

Trojan condoms are well known as one of the most trustworthy brands when it comes to safety and birth control. They can protect you and your partner from STIs and unexpected pregnancies both. While there are a large number of options, even from Trojan, the absolute best condoms are the thin lubricated options.

The number one complaint from men when using condoms is the lack of sensation. Trojan's Thin Lubricated Condoms makes this problem much easier to handle by delivering condoms that use a thinner sheath of rubber. This makes it an excellent option for men and women alike, mainly because it is still safe enough to prevent pregnancy or the transmissions of sexually transmitted infections or diseases.

One of the only issues with this specific type of condom is the size, which may not be a good fit for all men. They should also only be used by folks who know their way around condoms, as the thinner rubber may break if you aren't sure of what you are doing.

Finding the specific type of condoms that you want to wear isn't always an easy task. Lifestyles aims to make it a bit easier by offering up a great variety pack that delivers a few of their options. Each box that you buy comes with 30 condoms and is super affordable.

One of the only downsides of the Lifestyles Pleasure Collection is the size of the condoms. They may not be a comfortable fit for all men, which is something you ought to consider before ordering them.

For people with allergies using condoms requires a bit of extra care. Nobody wants to break out into hives when they touch something that is supposed to protect them. Since most condoms are made of either rubber or latex, that can be easier said than done. Lifestyle SKYN Elite Condoms deliver a safe and stellar experience free from allergens.

SKYN condoms are owned by LifeStyles which, makes it worth mentioning that these run on the smaller size and aren't going to fit all men. Thankfully the SKYN Elite Condoms are thinner than most SKYN condoms which, means you won't lose as much sensation.

When condoms are your go-to for protection, you'll quickly find that you want to buy them in large quantities. This way, you always have one when you need it. Shibari Latex Condoms offer up the ability to buy them 100 at a time at a super affordable price. This makes them an excellent option for anyone who wants to plan ahead.

Shibari condoms aren't a household name, unlike some of its competitors. It does, however, deliver an excellent product that will keep you safe. The one major caveat is that these condoms tend towards the smaller size, and thus may not fit all men.

For a condom to properly do its job, it needs to fit correctly. If you find that many standard-sized condoms are too small or too tight of a fit, then what you'll want to do is go a size up. This means you need to find an excellent magnum condom. Trojan Magnum Bareskin Lubricated Condoms may be just the ticket with a larger size that is sure to fit men who have run into problems with other brands.

Not only are these condoms a good deal larger than the competition, but these are also a good deal thinner than even other Trojan condoms. This means you won't lose sensation while keeping yourself safe. The only catch to them is that they may be too large for some men, which can decrease their efficacy.

Every condom we've suggested here delivers a safe and stellar product. They'll protect you and your partner from pregnancy and STIs and give you the experience you're looking for. While each brand that we've recommended here is fantastic, the best of the best are Trojan Ultra Thin Lubricated Condoms. These condoms are Trojan brand which are well known as being of high quality. Along with keeping you safe from pregnancy and STIs, they're also thinner than the regular Trojan, which gives men more sensation when they're worn.