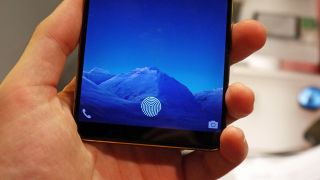 It's time for another tech news briefing, courtesy of our friends at TechRadar. At the start of this week we've got new records for Spotify, new products from Nokia, Samsung and DJI, and Elon Musk's plan for getting all the kids stuck in a cave in Thailand out safe and sound.

1. Drake sets a new record with one billion Spotify streams in a week

Have you been listening to the new Drake album? If you haven't, everyone else has – Scorpion racked up a cool one billion listens on Spotify during its first week of availability, which is a new record for the music streaming service. Apparently that's the equivalent of 700,000 albums sold, according to people who get paid to make these sort of calculations.

Nokia continues to push out some solid mid-range Android phones, and the latest one set to hit the market is the Nokia 5.1 Plus (or the Nokia 5X, if you're in China). We don't yet know what global availability will be like, but the phone is tipped to come with a 5.9-inch HD+ display, an octa-core MediaTek chipset, and up to 6GB of RAm and 64GB of storage.

3. Upgrades are arriving with the DJI Mavic 2

Leaked images of a new drone tentatively called the DJI Mavic 2 suggest DJI is readying a new product for the masses – and that fits in with its plans to hold a press event on 18 July, even though that's now been cancelled. The pictures apparently show a sleeker, lighter unit than most previous DJI drones, with a removable gimbal on the front of the device.

At the time of writing, the operation to rescue 12 boys and their teacher from a flooded cave in Thailand is well underway, but if further help is needed then Elon Musk is ready to provide it – the SpaceX and Tesla boss says his colleagues have been developing a kid-sized submarine that could get the children out of the cave network to safety.

5. Some Galaxy S10 models will include an in-screen fingerprint sensor

In a month's time we should be getting our first official look at the Galaxy Note 9, but after that, it's all eyes on Samsung's Galaxy S10. The 2019 flagship is rumored to be coming with an in-screen fingerprint sensor – but it's only appearing on the two premium models, sources say, not the entry-level offering that Samsung is set to introduce this time around.