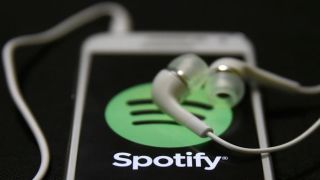 We've got a little something for everyone today: news on a new Xbox show on the web, Spotify's latest action against people pirating its service, extra details on the Huawei P20 phone, and new YouTube features, all courtesy of the news-gathering folks at TechRadar.

1. Microsoft is launching a monthly streaming show about the Xbox

Attention, Xbox fans: Microsoft is prepping a new Xbox-focused web series called Inside Xbox, which it says is going to include features on games, console tips and industry news, as well as prize giveaways. If that sounds like the kind of show you'd like to get behind, it's going to be available on a whole host of platforms, including Mixer, YouTube, Twitch and Facebook. Click through on the story below to find the links and extra Inside Xbox details.

2. You can now start saving for your Huawei P20

This week we've heard a lot of rumours about what to expect from the Huawei P20 launch later in March – Huawei's latest flagship is set to be one of the phones of 2018, and we're looking forward to seeing it unveiled officially. The latest unofficial whispers are concerned with the upcoming phone's price: apparently the standard Huawei P20 handset will cost 679 Euros (that's roughly $840/£605/AU$1,080), so start your saving plans accordingly.

In streaming music news, Spotify is said to be cracking down on users who've installed unofficial, modding apps to try and get premium-level features from the service without actually paying anything. Emails have been sent out to some users saying these apps have been disabled, though for the time being the Spotify accounts themselves haven't been disabled – Spotify says this could eventually happen if the Premium piracy continues.

4. Tighter rules for broadband providers in the UK

The broadband speed your Internet Service Provider (ISP) advertises might be nowhere near the speeds you're actually getting, and UK regulator Ofcom is cracking down on this practice. From March 2019, ISPs will have to advertise more realistic speeds alongside theoretical maximums, and various other changes are being introduced as well, making it easier for customers to quit their contracts penalty-free if minimum speeds aren't met.

New to the testing lab at YouTube is a feature called Real-Time Mobile Video Segmentation, which basically lets you drop whatever background you like behind your main actor, no green screen required. This being Google, it is of course based on a neural network trained to recognise the difference between people and what's behind them. It's not available for everyone as yet, but keep your eyes peeled for this arriving more widely in the future.