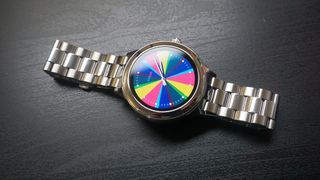 Whether you want to know when Amazon Prime Day 2018 is happening or you're interested in what Sony is doing for the follow-up to its Xperia XZ2 Premium phone, we've got all the essential tech news you need right here – courtesy of our friends at TechRadar.

1. Fossil is readying a batch of new smartwatches

Spotted at the Federal Communications Commission (FCC) in the US: seven new Wear OS smartwatches being developed by Fossil. While nothing has been made official yet, that means it's highly likely that we can look forward to a batch of new wearables from the distinguished watchmaker, which already has plenty of smart devices on the market.

2. Could the Sony Xperia XZ3 Premium be arriving already?

The Xperia XZ2 Premium has only just been announced, but it seems as though Sony is already working on getting its successor out into the world. New leaks point to a model number we haven't yet seen before, and the smart money is on the XZ3 Premium – the phone looks to be running Android P, and is likely to have a 18:9 aspect ratio display.

Google Assistant has a new feature for you to try called Continued Conversations, which means you can keep on chatting to the bot on your phone or your smart speaker without having to say "hey Google" in front of every sentence. The new improvements were previewed at Google I/O last month, and are now slowly rolling out across Google devices.

4. Prepare yourself for Amazon Prime Day 2018

Amazon Prime Day is the annual sales and deals bonanza that Amazon runs for its Prime subscribers, and according to a picture that's been leaked out on the web, this year it's happening on the 16th and 17th of July. It sounds like this year there's going to be a day and a half of special offers, so you might want to book the Monday and Tuesday off work.

Ease your way into the land of nod in style with these new Sleepbuds from Bose – they sit snugly in your ears while you're snoozing, and use noise-masking technology to block out the sounds around you. You can't play music through these earbuds, but you can choose from a selection of white noise tracks, or just enjoy the silence as you drift off to sleep.