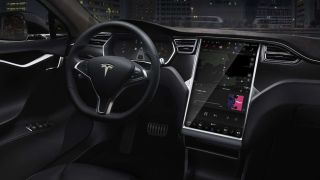 All kinds of new gadgets and updated features are on the way in our daily tech news roundup, courtesy of our friends at TechRadar: read on for news about Siri, the Google Chromecast, the Tesla Model 3, Amazon's latest gadget, and the OnePlus 6T phone.

1. The huge screens in Tesla cars will soon play video

If you've got a massive display inside your car then it seems obvious that you would want to play some video on it – and Tesla boss Elon Musk just confirmed that such a feature is coming to Model 3 cars made by the company. We'd expect the feature to be disabled while the car is moving though, to prevent drivers from getting distracted by Netflix.

2. Multi-user support could be on the way for Siri

Any digital assistant worth its salt these days – Google Assistant, Alexa – has the ability to tell the difference between voices, personalising its responses based on who is talking to it. The same feature is apparently on the way to Siri too, according to a new patent, which means the HomePod will eventually be able to recognise every member of your family.

3. Stand by for an improved Chromecast

According to filings made with US regulators, Google is working on a new and improved version of its popular Chromecast device. The next video streaming dongle is apparently going to come with support for the stronger, faster 5GHz Wi-Fi standard, as well as a Bluetooth connectivity option – possibly for hooking up devices like gamepads and mice.

4. Amazon is working on its own DVR box

Speaking of smart boxes to plug into your television, Amazon is rumoured to be working on a new Fire TV-type device that's also going to be able to record live shows for later viewing. Insider sources say the device – codenamed, er, Frank – might work alongside existing Amazon dongles rather than replacing them, but we'll have to wait and see.

What can we expect from the OnePlus 6T? We haven't heard much so far about the flagship – which may or may not even exist – but sources speaking to CNET say it does indeed exist and will be on T-Mobile in the US. Don't panic if you're signed up with another carrier though, because an unlocked, global version of the phone is also going to be available.