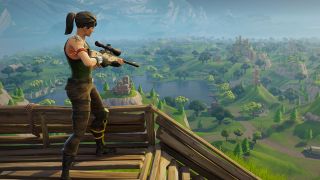 Interested in what's coming to the next iPhone, the next Apple Watch, the Amazon Echo, the Galaxy S10 from Samsung and the Nintendo Switch? Of course you are, so we've gathered together all the essential stories of the day, courtesy of our friends at TechRadar.

1. The next iPhone will want you to use it less

Apple has a big developer event next week where it's expected to show off iOS 12, and the word on the iPhone street is that the next software update will help users to manage their screen time more responsibly. Like Google's Android P, it'll include tools to monitor and restrict the time you spend inside your apps, according to sources speaking to Bloomberg.

2. Fortnite is making its way to the Nintendo Switch

Smash hit video game Fortnite is making its way to smash hit console the Nintendo Switch in the near future, if a leaked document is to be believed. You can already play the battle royale shooter on phones, so a Switch port makes sense – the news might well become official at the E3 expo that gets underway later this month, so stay tuned for updates.

3. Here's how your Amazon Echo is going to get smarter

The Amazon Echo is undoubtedly one of the smartest speakers around, but with no screen or user manual it's not always easy to work out how it can help you. Amazon says it's working on an update for its devices that will take your vague mumblings and then recommend certain Skills or commands that can help, which should be very useful.

Now that we're all over the excitement of the Galaxy S9, it's time to turn our attention to next year's Galaxy S10. According to a well-placed analyst, Samsung is going to kit out the 2019 flagship with three camera lenses around the back, as well as a 3D sensor – that should mean some amazing photos and some magic augmented reality tricks.

Speaking of upcoming hardware devices, an Apple Watch upgrade is due in the near future, and the most recent gossip from the rumour mill says it's going to have a proper edge-to-edge screen, a bit like the iPhone X (but without the notch). Bloomberg reports that the wearable will still come in two sizes, and keep the traditional square design.