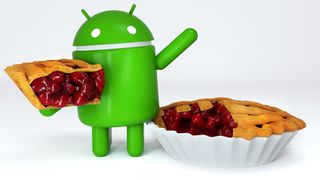 There's a brand new version of Android on the scene, with a brand new name. On top of that, we've got stories on Amazon Alexa's improving smarts, new Fossil smartwatches, and upcoming phones from Google and Razer – all courtesy of our friends at TechRadar.

After months of beta testing, Google has pushed out the final version of Android P and given it a proper name at last: Android 9 Pie. The updated mobile OS is coming to Pixel phones first, and will then filter down to phones from Essential, Nokia, OnePlus, Sony and others – click on the link below to learn about all the new features rolling out now.

Amazon's Alexa AI assistant can't answer everything you ask it yet – but if it doesn't know the answer, it will now remember your query, and get back to you if it ever does learn the right information. In other words, your Echo could pop up with the answer to a question months after you asked it, though you have the option to turn the feature on or off.

3. Get ready for the Pixel 3 on the 4th of October

Based on an advert posted by Google itself, looking for influencers to review the upcoming Pixel 3, the flagship smartphone (and the Pixel 3 XL) is going to arrive on the 4th of October. Considering that's the same date that the original Pixels and the Pixel 2 devices launched as well, it seems pretty likely – so get your calendars marked in advance.

Carrying on the theme of upcoming hardware, Razer is being tipped to release a successor to its debut smartphone before 2018 is out. We're getting close to the one-year anniversary of the original phone, and one of the company's executives has let slip that a new model is going to be revealed in the coming months – though other details are thin on the ground.

Fossil has some new Wear OS smartwatches to tempt you into buying a wearable, and this time they're bringing heart rate tracking with them: the Q Explorist HR and Venture HR build on previous models, adding in waterproofing, an NFC chip and GPS as well as the heart rate tech. As yet Fossil hasn't confirmed release dates or prices for the watches.