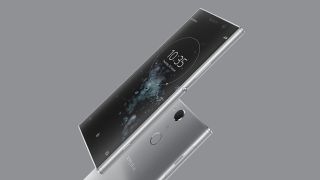 Sony has a new phone, Apple is preparing to update all of its Mac computers, Google is giving Chrome a refresh, the Samsung Galaxy Note 9 has leaked again, and we might know the name of Android P – all in our tech roundup, courtesy of our friends at TechRadar.

Have you heard the news? Samsung is launching the brand new Note 9 on the 9th of August, and the S Pen stylus is rumoured to be getting a significant upgrade alongside the updated phone. New pictures from a reputable online leaker have given us our best look yet at the new device and its signature accessory: is this what we'll see officially in August?

The word on the Apple street is that pretty much all of its Mac machines are getting a refresh before the end of the year – and yes, that includes the Mac mini, which hasn't been touched for years. A respected Apple analyst has gone on record to say the MacBook, MacBook Pro and iMac lines will also get spec bumps before we reach the end of 2018.

3. Get ready for Android Pistachio

We don't officially know what Android P is going to be called yet, but a Huawei customer support  representative might have let the news leak early, replying to a question online with "Android Pistachio" – insider knowledge or an honest mistake? We're not sure when Android P is going to launch fully, but it should be within the next couple of months.

4. Google Chrome is getting a visual revamp

Your browser might soon look significantly different, if you use Google Chrome to get around the web. Early beta versions of the browser now feature a new "Material Design" look, all blank spaces and curved lines (the newly updated Gmail web interface is a good reference point). The changes should roll out to all users within the next few weeks.

5. Sony's newest smartphone is the Xperia XA2 Plus

Sony just revealed the Xperia XA2 Plus to the world, which looks to match some high-end features with a mid-range price – those features include an elongated 18:9 screen and Sony's High-Resolution audio and upscaling technology. The phone boasts a 6-inch display and runs on a Snapdragon 630 chipset, but we're still waiting on official prices.