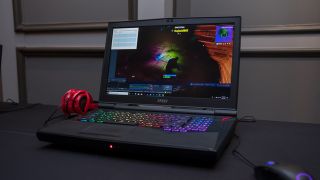 It's all about the hardware today as we delve into some confirmed product news and unofficial product rumours, courtesy of our friends at TechRadar. We've got updates on smartphones, speakers, laptops and all-in-ones from some of the biggest names in tech.

1. The OnePlus 6 with 256GB of storage is confirmed

If you're in the market for a new smartphone in 2018 then you're absolutely spoiled for choice, and one handset that should be somewhere near the top of your shortlist is the OnePlus 6. The phone is due to arrive in either May or June, but OnePlus CEO Pete Lau has confirmed on Twitter that the handset is going to feature a Snapdragon 845 chipset, 8GB of RAM, and 256GB of storage when it appears (some very tasty specs indeed, in other words).

2. Google has plans for a Home with a display

Google and Amazon are locked in a smart speaker arms race, but as yet Google doesn't have anything in its official range to match the Amazon Echo Show – that is, a bigger speaker with a screen attached. That could change in the near future, as a Google exec just suggested the company isn't ruling out making such a speaker. So far, Google Homes with displays have only been produced by third-party manufacturers such as JBI and Lenovo.

3. LG's next flagship phone is almost upon us

Like OnePlus, LG is also launching a new flagship phone this summer, and the company just confirmed it in a press release. As yet though, we don't know what it's going to be called – a new rumour suggests LG is going with the LG G7 ThinQ rather than the plain old LG G7. As yet no fixed release date has been confirmed, but most sources suggest a launch sometime this month, with the phone eventually going on sale at some point during May.

It's easy to see the appeal of all-in-one computers, with big screens and a distinct lack of untidy trailing cables, and Acer has a new one for your consideration. The Aspire S24 offers a 23.8-inch display and is now on sale having been announced last September: you get an Intel Core i5 processor, 12GB of RAM, 1TB of storage space and a nice added bonus of a wireless phone charger, all yours for $879 in the US (which is roughly £630 in UK money).

5. Intel wants to upgrade the tech inside your laptop

Intel has some new internal components that could make a big difference in your next laptop: specifically new Core i9, H and U processors and Intel Optane memory. Without going too far into the technical details, these tech upgrades should mean faster, more efficient laptops all the way from the budget models to the top-of-the-range editions. Expect to see laptops featuring this next-generation tech appearing anytime from now.