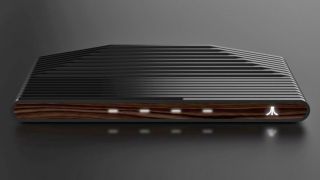 Whether you're after a new smartphone, are considering buying a new camera, need an upgrade for your Nintendo Switch, or want to play as Ronaldo in the Russia World Cup, these tech news stories have you covered – all courtesy of our friends at TechRadar.

1. The HTC U12 Plus breaks cover in new pictures

We've got quite a few flagship phone launches to look forward to over the next few weeks, and one of those might well be the HTC U12 Plus (which may just be called the HTC U12). A couple of unverified leaked images have just hit the web, giving us a good idea of what this phone is likely to look like—we've got a glossy back panel, a huge front display, and a dual-lens rear camera. So in other words, it's a lot like the HTC U11 in terms of its design.

2. The Nintendo Switch might be getting a controller upgrade

There's no doubt the Nintendo Switch has been a huge hit, and now there's word that the chunky Joy-Con controllers could be in line for an upgrade. A new filing submitted to the Federal Communications Commission (FCC) in the US mentions updated versions of the Joy-Con controllers, though as yet we don't know exactly what new features these devices will bring – hopefully, they should sort out the connectivity issues of the current versions.

3. Nikon is prepping a new mirrorless camera for 2019

Photo enthusiasts, take note: Nikon is readying a new mirrorless camera for March or April 2019, and that comes straight from company exec Kimito Uemura. As yet we don't know whether the new device is going to be aimed at professionals or entry-level users, but the rumours are that Nikon will be looking to pack in several upgrades. There's been no mention of pricing either, so we'll just have to start counting down the days to next year.

If you've been keeping an eye on retro games console news, you'll know that Atari is planning to launch a box called the Atari VCS, and we just heard that sales will commence on 30 May – though shipping won't be until next year. The Atari VCS starts at $199 (about £145), and comes with a host of classic Atari games to dig into, as well as support for the newest 4K displays. As yet though, there's no word on whether newer titles will appear.

For those of you hoping to play alongside the biggest names in football at the Russia World Cup this summer, FIFA has you covered. Its 2018 World Cup add-on pack is coming as a free upgrade to the existing FIFA 18 game, and it's arriving this month – if you already have FIFA 2018 on your Xbox One, PS4, PC or Nintendo Switch, you'll be able to download the extra content and features from 29 May. Three different Word Cup game modes are included.