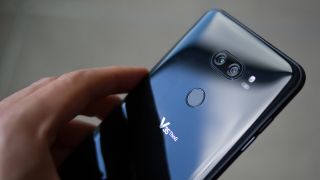 Whether you want to grab Apple's new desktop software early, or you need better recommendations about places to visit in your local area, or you're after a new game for your mobile, have we got some news for you – courtesy of our friends at TechRadar.

1. You can now play Pokémon Quest on your mobile

Pokémon Quest only appeared on the Nintendo Switch a month ago, but versions for Android and iOS just hit the respective app stores. The free-to-play action title has you exploring a blocky, cartoon-style world called the Tumblecube, battling enemies, collecting treasures, and powering up your Pokémon characters as you collect them.

2. Face ID is heading to the iPad

Where the iPhone leads, the iPad will follow, according to the usually accurate Apple analyst Ming-Chi Kuo – his new research note to investors says the Apple tablets coming later this year are going to have Face ID added. Another little tidbit in the note says prices for the cheaper, 6.1-inch LCD iPhone option for 2018 will start at $600 (roughly £455).

Hot on the heels of the iOS public beta, the next version of Apple's desktop software is now available for everyone to try out as well. The public beta of macOS 10.14 Mojave just went live, so if you're prepared to risk a few unexpected crashes and unwanted bugs, you can get access to Mojave's new features before everyone else – follow the link for full details.

4. Google Maps has more recommendations for you

A pretty major update just got pushed out to Google Maps after being previewed at the I/O event earlier in the year. There are new Explore and For you tabs that help you find bars, restaurants and other venues near your location – but the main improvement is that these tabs use data from your previous activities and ratings to find the best spots for you.