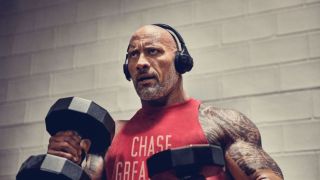 Ease your way into the weekend with these five news stories, courtesy of our friends at TechRadar – here we've covered a new innovation on Amazon's tablets, new rumours about an upcoming Microsoft phone, and something new from The Rock himself.

1. Maybe the foldable Surface Phone is real after all

For years, it's been rumoured that Microsoft is working on a Surface Phone, and the latest leaks to hit the web suggest that the device is going to be foldable handset with five different preset positions – if indeed it is real, of course. The new report also suggests the recently leaked Snapdragon 1000 processor will power everything under the hood.

Invites sent out to media companies for a Motorola event on 2 August suggest we're about to see the Moto Z3, one of the brand's flagship phones for 2018. The word on the Moto street is that this phone could be a seriously impressive bit of kit – and chances are there might be some new Moto Mods to look at too. We'll know more at the start of August.

Amazon is getting ready to add a new trick to the Fire HD 8 and Fire HD 10 tablets. The slates are getting a new Show Mode, which means an always-on mode showing news and weather information, with the ability to respond to Alexa commands from the other side of the room. There's a new dock, too – so the tablets basically become Echo Show devices.

4. The Rock cooks up some sweat-proof headphones

You may not look much like Dwayne "The Rock" Johnson when you're working out at the gym, but you can at least now mimic his choice of audio gear. The movie superstar has partnered up with Under Armour to launch the UA Sport Wireless, which start at $249 (about £190) and give you high-quality sounds in a rugged and sweat-proof design.

Behold the new Razer Huntsman gaming keyboards, which feature a new 'opto-mechanical' kind of switch under the keys – Razer says infrared beams of light are used to detect key presses with more accuracy than ever before. You've got two models to pick from, the Huntsman and the Huntsman Elite, and they're available to buy now.