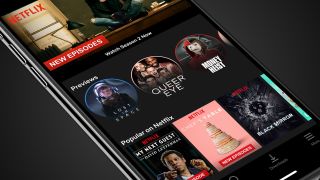 It's been another busy morning in the world of technology, and to save you the trouble of having to keep your eye on everything that's happening, we've picked out the most notable stories for you right here – all written up courtesy of our friends at TechRadar.

1. The Moto G6 family of smartphones is arriving today

Regular readers will know that the hype around a Moto G6 series of phones from Lenovo has been building for a while, and today's the day (we think) we're going to get a proper look at them in an official unveiling. In fact, Lenovo itself just confirmed the G6 and G6 Plus names in an updated blurb of text in the Google Play Store. We're expecting several solid mid-rangers to be unveiled, with large 18:9 screens and dual-sensor cameras on the back.

2. Apple may be prepping the iPhone SE 2 and other cheaper iPhones

Apple usually refreshes its iPhone line in September, but the word on the Cupertino street is that a revised version of its compact iPhone SE could arrive much earlier than that. That's based on registrations noted in the Eurasian Economic Commission database this week, something that usually happens two months before a phone launch. Meanwhile, a separate rumour says Apple is also prepping a cheap-ish, 6.1-inch LCD iPhone as well.

3. Microsoft wants to make your browsing safer... in Google Chrome

We all want to make sure we're browsing the web as safely as possible, and to that end Microsoft just released a Windows Defender extension... for Google Chrome. According to Microsoft, it guards against phishing, malicious websites and other internet nasties in real time, so you can focus on your social media updates or whatever else it is you're up to. It's free to download, and works wherever Google Chrome does – so that includes Macs too.

Fire up your Netflix app today and you'll notice something different – 30-second previews of shows to help you work out what you want to watch next. The previews appear as circular buttons in the middle of the discovery page, and work a lot like Snapchat Stories (which is maybe the point). It sounds like it's going to be a useful feature, but note that this is only available on the Netflix app for iOS right now, so Android users will have to wait.

5. A security camera with a year-long battery life is a Kickstarter hit

The latest gadget to prove a smash on crowdfunding platform Kickstarter is the EverCam security camera from smart home manufacturer Eufy. The goal of £35,000 (around $50,000) was smashed in no time at all, with more than ten times that collected at the time of writing. The gizmo uses some AI trickery to recognise what it's seeing, only alerting you if an unidentified face is spotted. Shipping is expected to start in September of this year.