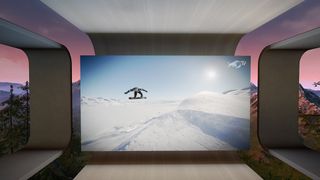 In today's tech roundup, courtesy of our friends at TechRadar, we spill the beans on upcoming phones from Samsung, upcoming hardware from Apple, and a new immersive VR experience for watching TV. Read on to get up to speed with the day's biggest stories.

1. The Galaxy Note 9 is about to be revealed

We know that when a phone goes through the Federal Communications Commission (FCC) in the US, it's about to be launched – and it just so happens that the Galaxy Note 9 from Samsung just completed that process. The listing for the "SM-N960F" phone with a stylus doesn't reveal any more details, but we're expecting the phone to appear in early August.

The Samsung rumours are coming thick and fast today, because there's also news that the Galaxy S10, due to launch next year, will be available in three models. The differences between them will include separate rear camera setups, with the top end Plus model carrying three lenses on the back. We'll have to wait for 2019 to arrive to find out for sure.

iOS 12 won't launch officially until September, but if you're feeling brave you can now install the public beta version on your iPhone or iPad for free – you're basically getting early access to the upcoming new features in return for putting up with some extra bugs and crashes. Click the link below to find out what's new and how you can sign up.

4. Noise-cancelling AirPods and a new HomePod reportedly on the way

Also from Apple: a report from Bloomberg suggests the company is working on noise-cancelling AirPods, a new model of the HomePod, and some over-the-ear headphones, as it looks to revamp its audio offerings. The new AirPods will have better range and better waterproofing, apparently, though they won't appear until next year.

Oculus has a new app to show off, Oculus TV for the Oculus Go, which lets you watch shows, movies and more in immersive virtual reality. The virtual screen the app displays is the equivalent of a 180-inch TV, Oculus says, and you can tune into content from the likes of Facebook, Netflix, Hulu, Red Bull TV and more. The app is free to download and install.