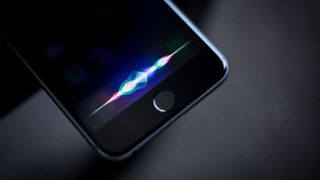 Whether you're interested in smartphones or smartwatches, digital assistants or digital downloads, we've got something for you in today's tech news digest, courtesy of our friends at TechRadar. Read on for news from the likes of Apple, Samsung, Netflix and HTC.

Apple knows it's in an AI assistant race with Google, Amazon, Microsoft and others, and has now put together a new team tasked with improving Siri's intelligence as quickly as possible. Heading up the team is John Giannandrea, the former head of AI over at Google, so you can look forward to some extra Siri smarts arriving in the not-too-distant future.

2. Get ready for Bixby on your wrist

Speaking of smart assistants (see above), the latest leak around the Samsung Galaxy Watch suggests Samsung's own Bixby AI assistant is heading to the wearable. So far we've only seen it on Samsung's flagship phones, but insider sources say Bixby will be front and centre on the Galaxy Watch, replacing the S Voice control on Samsung's previous watches.

You've been able to download certain movies and shows in the Netflix mobile apps for a while, but the feature just got smarter. It will now automatically delete previous episodes and download the next episode as you binge watch a show, though you can stick to manual downloads if you prefer – it's live on Android and coming soon to the iOS app.

Smartphone design innovation might not be dead yet, but we can report that the Galaxy Note 9 is going to look a lot like the Galaxy Note 8 – a big slab of glass with minimal bezels. That's according to an image from a 'reliable source' with connections, so take it with a pinch of salt for now. Samsung's next flagship phone is due to launch on the 9th of August.

HTC has revealed more about its upcoming Exodus blockchain phone, which will use the technology to improve security and support cryptocurrency storage. The handset is going to be out in the third quarter of 2018, HTC says, and it has a number of software partners ready to go. As yet, we don't know anything more about its price or global availability.