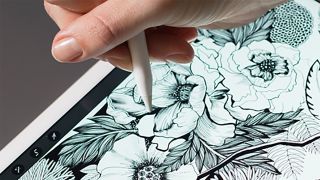 Once again we've rounded up the best news stories of the day, courtesy of our friends at TechRadar, to provide you with a morning digest of everything that's important in tech: read on for news on future phone launches, Sky Q, and changes to the YouTube Kids app.

1. Would you use a stylus with your iPhone?

A regular rumour just resurfaced, suggesting Apple is planning to add support for the Apple Pencil with this year's batch of iPhones, just like it did with the newest iPad. Analysts have suggested again that the largest iPhone in the 2018 collection is going to have the necessary screen tech to support a stylus, so adjust your expectations accordingly – we're expecting updated flagship iPhone models to be officially unveiled during September.

Good news for Sky Q customers, because the world's biggest music streaming service now comes built into Sky's offering – that means a dedicated app on the homepage where you can start listening to your tunes, whether you're on the free tier or a fully paid up Premium subscriber. Music can be played through your TV, through the Sky Soundbox, or through any speaker you can connect via AirPlay or Bluetooth. A Netflix app is on the way, too.

3. Don't forget about the HTC U12 smartphone

We've heard a lot of rumours about upcoming phones from LG, OnePlus and Apple in recent months, but not so much about the expected flagship arriving from HTC, the HTC U12. Thanks to a listing from US carrier Verizon, however, we now know that the phone is going to come with a decent 3,500mAh battery and a 2560 x 1440 pixel (WQHD) screen resolution. All signs point to the phone getting its grand unveiling sometime in May.

4. YouTube Kids is now a safer place for your children

In response to reports of unsuitable content getting in front of the eyes of youngsters, YouTube has announced that its YouTube Kids app will now apply stricter rules about what appears in the app. In short, much of the content is going to be pre-approved by humans rather than algorithms in the future, and further restrictions are being placed on search and what kids can do without their parents' approval. The changes are rolling out now.

5. Super slow-motion video is coming to the OnePlus 6

We can now start counting down the days to the big 16 May unveiling of the OnePlus 6, and today we got another little tidbit about the capabilities of the phone: according to the OnePlus website for India, the phone is going to support super slow-motion video recording, much like the Samsung Galaxy S9 and S9 Plus. We don't yet know exact details of frame rates and resolutions, but it's another reason to look forward to the launch.