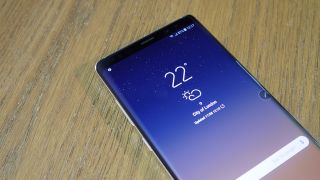 We like to cover the whole of the tech landscape in our daily batch of headlines, courtesy of our friends at TechRadar, and today is no different: we've got news from self-driving car tests, smartphone supply chains, the music streaming industry, and the Instagram app.

One of the drawbacks of modern-day phones having huge displays, with very little in the way of bezels, is that there's nowhere on the front of these devices for manufacturers to put the fingerprint sensor. Apple solved the problem by going with the Face ID unlock method, but new rumours suggest both Samsung and Huawei have risen to the challenge and will include in-screen fingerprint sensors for the phones launching later in 2018.

Are you a subscriber to the hi-res music service Tidal? If so, you can now get your tunes on the Amazon Fire TV and on Android Auto, because the service has added support for them to its platform. Of course the soundbar on your TV and the stereo speakers in your car are two of the places you're most likely to want to crank up the volume, so it makes sense that Tidal would add these devices to the list alongside smartphones, tablets and computers.

Patents always providing an interesting glimpse into our tech future, including a newly spotted one from Amazon. Apparently the company is working on ways to get its delivery drones to recognise faces and respond to gestures, so these flying machines could bring your packages right to you and follow your lead as you point up at the sky. These drones aren't in regular use yet, but it looks like they're the future of home delivery routines.

4. Your self-driving car will find a parking space for you

Self-driving cars: is there anything they won't be able to do? As well as taking you from A to B while you snooze or play games in the back seat, these robo-controlled vehicles are also going to be able to find parking spaces for you. Jaguar Land Rover has been busy testing this tech in the UK, which uses data collected from multiple vehicles in a car park to work out where the remaining free spaces are. The autonomous future can't come soon enough.

Finally, news from the world of social media, where Instagram has relented to user pressure to bring back the chronological feed, up to a point. While still displaying posts in an order picked by an algorithm, Instagram's apps will now show you more new posts near the top. There's also a New Posts button being tested, which apparently takes you straight to the pictures and videos that have most recently been uploaded by your Insta contacts.