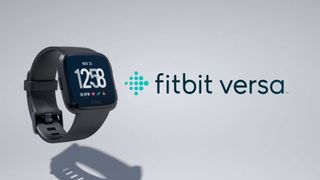 There's plenty happening in the world of tech today – just like every other day really – and courtesy of our friends at TechRadar we've picked out the hottest stories of the moment: rumours of new smartwatches and smart speakers, a big PS4 update, and more besides.

1. Say hello to the Fitbit Versa?

Fitbit has said it has plans for new smartwatches in 2018 and we might just have learned the name of one of the new wearables – the Fitbit Versa. That's according to renowned tipster Evan Blass, who can usually be relied upon. Blass also shared a new picture, and it looks like this device is going to be more refined and stylish than its predecessors, at least in the looks department. An official launch is expected some time between March and May.

2. Maybe the Galaxy Note 9 won't have an in-screen fingerprint sensor

The Samsung Galaxy Note 9 is scheduled to be one of the biggest phone launches of the summer, and the rumours are swirling about what we can expect in a few months time. One of the key questions is whether Samsung is going to be able to work a fingerprint sensor under the glass of the display, so it doesn't have to go around the back – and the latest word from analysts is that "technical difficulties" have scuppered those plans.

With the Nintendo Switch now established as one of the must-have gaming consoles of the day, the company behind it is focusing on building out the accessories available for it. According to a recently spotted patent, one of the ideas that Nintendo is working on involves some Donkey Konga bongo drums that you can use to control the action on screen in some way – who really needs Joy-Con controllers and buttons anyway?

4. Your PlayStation 4 is about to get an upgrade

Sony has pushed the big red "roll out" button on the 5.5 software update for the PS4, which means if you own one of the consoles you'll be getting some new features as of today. One of the biggest new features in the software is the introduction of better parental controls, and besides that you'll also be able to set custom wallpapers from a USB stick, and manage your system notifications more easily. Keep an eye out for the download.

Have you picked up an Apple HomePod speaker in the last few months? It's one of the newest smart speakers around but Apple is already working on a follow-up, according to insider sources, a follow-up that will drop the price to a more affordable level. Fresh reports in Asia suggest the budget HomePod will retail for around $150-200 in the US when it arrives, which is certainly a lot cheaper than the $349 price of the current model.