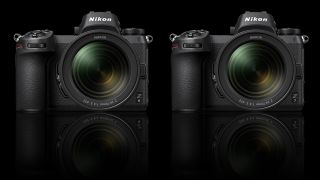 What can we interest you in today? An early look at the upcoming Google Pixel 3 XL smartphone? New cameras from Nikon? An "all access" Xbox subscription plan? Read on for all of these technology news stories and more, courtesy of our friends at TechRadar.

They've been rumoured for weeks, but the Z6 and Z7 full-frame mirrorless cameras from Nikon are now official, and we've got all the details. Nikon is calling this its most important launch since 1959 – no pressure then – and wants to claw back some of the share in this part of the market from Sony. The other big news: a brand new lens mount, the Z-mount.

2. New leaks spill all the details on the Pixel 3 XL

Thanks to a handset apparently sold on the Russian black market, we now know pretty much all there is to know about Google's upcoming Pixel 3 XL handset – the specs, the design, the accessories and more. If you don't want any spoilers ahead of the official announcement (tipped for the 4th of October), then don't click on the link below.

Speaking of flagship phones we're expecting to see in the very near future, the LG V40 has appeared in several high-quality leaked renders, showing its commitment to camera lenses – it's got two on the front, and three on the back, according to the renders. That should ensure some decent photos from the phone, tipped to go on sale in November.

And lastly in today's trio of phone rumours, a Motorola Razr V3 reboot is said to be on the cards. One of the most beloved flip-phones of recent history, the word on the Moto street is that the phone will make a comeback, this time with a foldable screen that crosses the hinge. A newly filed US patent suggests that Motorola is at least considering the idea.

5. Microsoft could be planning an awesome Xbox One subscription

From Netflix to scooters, we're all doing a lot more renting than we used to, and according to insider sources Microsoft is prepping a new subscription for the Xbox One. The "all access" sub will give you a console and access to both Xbox Live Gold and the Xbox Game Pass for a fixed monthly fee – giving you everything you need for some top-notch gaming.