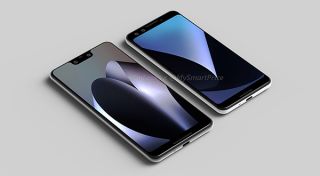 It's all about rumoured new hardware in our tech news roundup today, courtesy of our friends at TechRadar: find out the latest on the Galaxy Note 9, the Galaxy Gear S4, the Pixel 3 and Pixel 3 XL from Google, and a flagship phone that we're expecting soon from Nokia.

1. The Galaxy Note 9 is arriving on 9 August

Brace yourselves: the Galaxy Note 9 is going to be officially unveiled on 9 August, Samsung has confirmed, with a big media shindig happening in New York. While Samsung itself hasn't said anything else about the super-sized phone, we're expecting it to come with an upgraded S Pen stylus, a spacious 6.4-inch screen and an upgraded dual-lens rear camera.

2. Get ready for Snapchat gaming

Snapchat's latest play to steal user eyeballs away from Instagram and Facebook is apparently going to be its own gaming platform. Insider sources say that Snapchatters will soon be able to download mini games inside the app itself, though for now we don't know what they'll involve – something to do with augmented reality and photos is a good bet.

3. Nokia's next flagship could have an in-screen fingerprint scanner

We're expecting Nokia to launch a high-end, premium flagship phone before the year is out, and the latest rumours suggest it's going to be one of the first to feature a fingerprint scanner embedded into the front display. As per the new leaks, it's also going to be running Android P, and will have the powerful Snapdragon 845 chipset installed as well.

4. The Samsung Gear S4 is almost definitely launching in August

While you're busy filling out your calendar with all the hardware launches we're still expecting in 2018, you might as well add the Samsung Gear S4 smartwatch in there too. It's been approved by the European Communications Commission (ECC), which suggests a public reveal is imminent – and it may well appear alongside the Galaxy Note 9 phone.

5. Take a look at these high-quality Pixel 3 renders

Rounding out a day of gadget rumours, the Pixel 3 and Pixel 3 XL are expected to be launched by Google in the next few months, and thanks to some creative types on the web we've now got some gorgeous renders of what they might look like. These designs aren't official yet, but they should whet your appetite while we wait for the official unveiling.