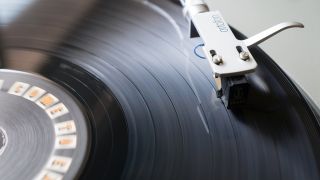 It's been another busy day in the world of tech, but to save you the trouble of having to read through every single article out there, we've condensed all the news you need into five key stories, courtesy of our friends at TechRadar. Get right up to date right here.

1. More photos of the Moto G6 leak out

Lenovo is expected to unveil the Moto G6 smartphone at an event next week, but we've already seen a cascade of leaks surrounding the launch. The latest in the series is a set of unofficial renders showing the Moto G6, the Moto G6 Play and the Moto G6 Plus – the pictures don't tell us all that much that we didn't know already, but you can see the stylings on the front and back. More details and exact specs will be confirmed next week.

2. Google wants to turn your phone into a wireless music system

If you've ever wanted to use several smartphones like several speakers, using them to set up multi-room audio around the house, then you'll be interested in a new patent from Google that promises just that. According to the filing, Google wants to develop a mesh network for phones that can keep audio in sync across multiple handsets, which means you'll be able to stretch the reach of your tunes and amplify them across multiple phones.

3. Huawei could launch a foldable phone this year

If the rumours are true then several phone makers are working on foldable handsets – two screens linked by an almost invisible hinge – and apparently Huawei could be first out of the gate with one. Sources in South Korea say the phone might be shown off this November, though it wouldn't go on sale until 2019, so we'll keep you posted. Apparently it's going to have a screen manufactured by LG, but other details are thin on the ground.

4. Vinyl records are getting a HD upgrade

Vinyl is enjoying something of a renaissance as a music medium, and now Austrian start-up Rebeat Innovation wants to bring high-definition audio to the format. The company reckons it can improve the pressing system to get better sound quality, 30% more playing time and 30% more amplitude than current discs. Even better, the new HD format will be compatible with existing record players. It's scheduled to launch next year.

5. 5G is set to make VR headsets smaller and lighter

Maybe you still struggle to get a 4G signal while you're out and about, but technological progress waits for nobody, and networks are already trialling the roll-out of 5G. One of the benefits will be smaller and lighter virtual reality headsets, which don't rely on wires – that's according to HTC executive Raymond Pao, who says that 5G is a "perfect fit" for VR and AR. Of course, it means we'll all be enjoying faster download speeds on the go too.