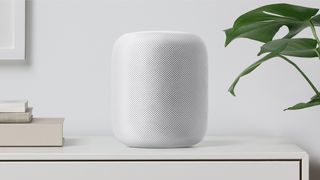 Welcome to your daily update on what is going on in the world of technology. Whether it’s Apple’s latest gadget, news about brand-new phones that you need to have, or essential information about the fast-paced world of technology, you will find it all here, thanks to our friends at TechRadar...

Apple’s much-anticipated speaker is here! Well, not quite here but you can pre-order it now and read TechRadar’s hands-on review to see what all the fuss is about. The HomePod is a big deal for the speaker world. It’s got Siri inside, which means its firmly pitched against Amazon’s Alexa-toting Echo line-up and Google Home, but it is looking to trump both in the sound quality stakes. It’s biggest rival, perhaps, is Sonos who just happen to have a deal out at the moment, where you can buy two Sonos One speakers for around the same price as a HomePod. Sneaky!

2. Droning on: the sky’s the limit for the DJI Mavic Air

There was us thinking that drones were so 2017. Apparently not, thanks to the launch of the DJI Mavic Air - the new compact drone that has a 21-minute battery life! Now that may well be barely enough time to watch an episode of The Good Place but, in drone terms, that’s a big deal given the average flight time is just six minutes. In terms of specs, it can shoot 4K footage, snap 12MP HDR photos and fetch your slippers for you if you have dextrous enough flying skills. Okay, maybe not the last part. The Mavic Air is up for pre-order now.

With Apple seemingly afraid of the number 9, launching the iPhone 8 and iPhone X instead last year, it’s been down to Samsung to make sure the number gets its time in spotlight. And that time, well date, has been revealed to be - drum roll, please - February 25. That’s slap-bang in the middle of Mobile World Congress, the massive phones conference which takes place in Barcelona each year. And how do we know, it will be the S9? Well, Samsung has handily added a massive 9 on its invite to give us a pretty big clue.

4. Is Sky set to ditch the satellite?

Sky announced its profits this week and it turns out it’s making a whole heap of cash. Good for them, but more interesting for us is that it’s looking at ways to say goodbye to the satellite dish and push its content through the internet. Yes, it already does this in the form of its Now TV service but it turns out we might see its full-fat offering go the same way.

Bitcoin will make you rich! Well, that’s what everyone will have you believe at the moment. The problem is, if you want to mine Bitcoin it takes a huge amount of processing power. To get that power you need some really high-end graphics cards, which are being bought in droves, and in bulk, by Bitcoin miners. This is putting the prices up for real people and Nvidia isn’t happy. So it’s told miners to back off and that it will be making sure that sales will go to people who just want to game and not just fill their coffers with digital money.