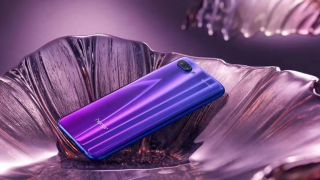 Ease your way into the weekend with our selection of hand-picked news stories from our friends at TechRadar. Today's articles cover an interesting new strategy from Netflix, new phones from Motorola, Honor and LG, and a DJI drone that just might save your life.

1. Take a look at the new Moto G6 phones

Interested in Android phones that won't cost too much while still offering respectable performance and an attractive design? The Moto G6 family of phones might be just what you're looking for, and the Moto G6, Moto G6 Play and Moto G6 Plus were unveiled yesterday at a special event in Brazil. TechRadar has the full rundown on the specs of the phones, the features available with each handset, and how they differ from each other.

2. Would you go to a Netflix cinema?

Here's the next step in Netflix's plan to take over the world: its very own chain of movie theatres. That's according to a rumour in the LA Times, which says the company is exploring the idea as a way to bring Netflix Originals movies to a mass audience. With Netflix's relationship with the traditional Hollywood studios still under strain, it could be a way of earning the streaming video some extra credibility in the circles that matter.

3. The stylish Honor 10 shows up in China

We hope you're ready for some more news on freshly launched phones, because the Honor 10 just broke cover in Asia ahead of a wider launch in Europe. The 5.84-inch phone follows the look of the Huawei P20 line (Honor is a subsidiary of Huawei) and brings with it some very appealing specs for an affordable price. We're expecting the phone to officially arrive in London on 15 May, but until then you can gawp at these impressive pictures.

4. DJI's latest drone can even save lives

You might be used to drones capturing glorious bird's-eye view footage from the skies, but what about saving lives as well? That's the promise of the DJI Zenmuse XT2, which we've just seen unveiled in the Netherlands. It comes with a special thermal imaging camera that can capture heat information invisible to the naked eye, so someone trapped in a house fire, for example. DJI is aiming the drone at professionals in the public safety industry.

5. LG has another high-end flagship up its sleeve for 2018

LG usually launches two flagships every year, with the LG V30 following the LG G6 in 2017. This year it's going to go one step further, according to seasoned rumour tipster Evan Blass: he says the LG V40 ThinQ is coming later in 2018 after the LG G7 ThinQ and the LG V35 ThinQ (remember ThinQ is LG's new AI assistant). The LG G7 is expected to launch at the start of May, so we shouldn't have too long to wait before the other phones appear.