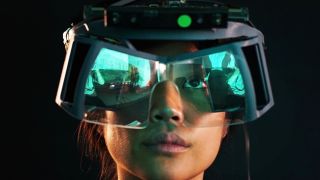 The world of tech never stands still – in fact it's always racing along at top speed – and every day there are new gadgets and new developments to talk about. These are the day's stories that have got us most excited, pulled together courtesy of our friends at TechRadar.

We're now used to gadgets that blend the physical and the digital, but even so, Microsoft's new Project Zanzibar has grabbed our attention. It's a portable mat with a variety of sensors that can work out what toys and objects you're placing on top of it – that information is then used to display something on a tablet screen behind. It could be physical figures in a digital scene, or a movie featuring the toys, or anything else.

2. Next year's iPhone might have a triple-sensor rear camera

If you've seen the recently launched Huawei P20 Pro then you'll know that one of its key selling points is the advanced camera on the back, featuring no less than three sensors (and you thought two was overkill). Well, the rumour is that Apple will follow suit with its 2019 iPhone, whatever it ends up being called – that's according to leaks from the supply chain, with the word on the street that the camera will offer a whopping 5x optical zoom.

3. Smartwatches are getting sleeker and more affordable

There's never been a better choice of fitness trackers and smartwatches out there, if you're in the market for something new: take the Amazfit Stratos, an oddly named device which nevertheless gives you a lot of the smartwatch basics for a mere $199.99 (roughly £140). It looks the part too, and could give the likes of Fitbit and Garmin something to worry about. It's waterproof, and can track swimming and sleep as well as all the usual fitness metrics.

4. The LG G7 ThinQ now has a name and a release date

We now have something official to announce about LG's much-anticipated flagship phone for 2018: it's going to be unveiled on 2 May at an event in New York, and it's going to be called the LG G7 ThinQ (ThinQ being the AI tech that LG is currently pushing across all its products). As for what the phone is going to bring with it, nothing has been confirmed so far – but the rumours suggest a big, powerful handset, in a choice of five different colours.

5. Leap Motion wants to get a headset like this on your face

Leap Motion is one of the biggest names in virtual reality controllers, and has just revealed a template design for a new range of budget AR headsets as well, which you can see in the picture above – the company wants the design to act as a blueprint for other manufacturers to build hardware on top of. Crucially, this could be the most affordable AR headset yet, as apparently the whole gadget costs just $100 (about £70) to put together.