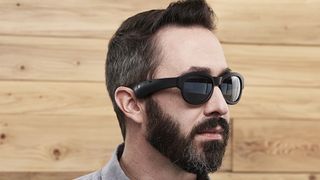 Every day is a busy day in the world of technology, gadgets and apps, and today is no different – we've got five must-read stories covering the new Samsung Galaxy S9 phones, Android Wear, the gamification of Netflix and more, courtesy of our friends at TechRadar.

1. The S9 and S9 Plus are very difficult to repair

The team at iFixit has been busy tearing apart the Galaxy S9 and the Galaxy S9 Plus, giving both of the new flagships a repairability score of 4/10 – that is, not very easy to repair at all. The dissection of the devices also revealed the two rotating blades used to achieve the dual aperture effect on the phones – the full teardowns are well worth reading through in full if you're interested in the internal components that help make these handsets tick.

This is just a rumour based on code seen in a beta version of the Google Play app, but it sounds pretty solid to us: Google is planning to shake up its wearable endeavours by renaming the Android Wear software to simply Wear OS. As yet we don't have anything official from Google, but we should hear more details at its developer conference in May – let's hope this marks a bright new chapter for some cool Google-powered wearables.

3. Netflix is turning binge watching into a game for your kids

Netflix is busy testing a new scheme with a select number of users where kids get badges as rewards for watching a lot of shows – kind of like a points system for binge watching, but as yet there don't seem to be any real rewards besides collecting all the badges. Will this turn our children into TV-watching zombies who can't tear themselves away from their screens? If the feature ever gets rolled out fully then we might be about to find out.

4. Microsoft is working on another massive Surface Hub display

If you're not yet familiar with the huge Surface Hub display that Microsoft sells, you've got just enough time to learn about it before the company follows it up with the Surface Hub 2 – that's according to a statement given to Microsoft news site Thurrott. Apparently demand for this digital whiteboard has been strong, and Microsoft is going to tell us more about version 2 in the first half of this year. It's still likely to cost you a fair chunk of cash, though.

5. Bose is the latest to get into the AR glasses game

Seller of high-fidelity audio equipment Bose is joining the likes of Magic Leap and (apparently) Apple with some AR glasses of its own. In fact, it's a whole new augmented reality platform, though to begin with it's focusing on adding extra sounds to what you're looking at – so listening to a speech by Winston Churchill while you look at a statue of him, for example, or translating the text of a foreign menu into words spoken into your ears.