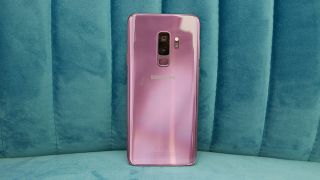 Thanks to our friends and TechRadar we've got all the latest tech news for you right here. Shut out the cold, wrap up warm, and keep yourself informed with these stories – we've got leaks on an upcoming flagship phone, new Instagram features, and more besides.

1. Your Series 3 Apple Watch now works on the slopes

Apple has added skiing tracking to the Apple Watch Series 3, which means you can record how far and how fast your going on the slopes. These kind of stats were just opened up to third-party developers, so look out for new smartwatch apps ready and willing to give you a detailed breakdown of your skiing performance – the tech uses both the GPS sensor and the altimeter on the wearable to get an idea of how well you're covering the mountains.

2. Audio and video calling could be coming to Instagram

Eagle-eyed users often spot upcoming features in app code before they've been officially announced, and we've got another example: several suggestive image files have popped up in the code for the official Instagram Android app, which means you might soon be able to make calls through the platform, as well as photos of your lunch. There's been nothing from Instagram itself so far, but it would make sense for Instagram to add the features.

3. The Samsung Galaxy S9 apparently has the best smartphone camera ever

Can you tell the difference between pictures from different smartphone cameras? The experts at DxOMark can, and they've awarded their highest score ever to the camera on the new Samsung Galaxy S9, pipping the Google Pixel 2 into second place. The new high of 99 was achieved thanks to the dual aperture and dual-pixel sensor, DxOMark says, so if you want the very best mobile photos you can get, put the S9 at the top of your shopping list.

4. Microsoft is making a foldable phone that turns into a laptop

Patent applications always reveal some interesting details of what tech companies are working on, even if the products themselves don't always see the light of day. A new filing from Microsoft shows a concept for a foldable phone with two screens – one of which can turn into a touchscreen keyboard, so you can even use it as a miniature laptop. Is this the long-rumoured Surface Phone? If it is, we'd been interested in putting a preorder in.

5. We know almost everything there is to know about the Huawei P20 Lite