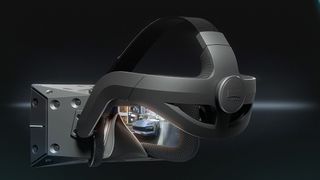 Today's news, once again courtesy of our friends at TechRadar, is mostly to do with leaks about upcoming hardware, which means you're getting the scoop before anyone else. Read on for news of gadgets arriving from Apple, Motorola and Fitbit in the near future.

We know that Apple likes augmented reality (AR) a lot; what we don't know is whether it's going to make some dedicated hardware to go with the AR tricks already possible on an iPhone. Industry analyst Ming-Chi Kuo, who has an excellent record for scoops, reckons Apple will indeed launch some AR-enabled Apple Glasses, and within the next two years.

2. Get ready for a cheaper MacBook in October

Speaking of speculation about forthcoming Apple hardware, the MacBook line is being tipped for a refresh – reports from the supply chain in Asia suggest Apple is expecting a boost in laptop sales before the end of the year, and that's likely to be either a MacBook or a MacBook Air. Both models are due an update with fresh specs and a few design tweaks.

3. The StarVR One looks to be the most powerful VR headset yet

More and more virtual reality (VR) headsets are hitting the market, and the newly unveiled StarVR One looks to be the most powerful yet: a viewing resolution of 1,830 x 2,928 pixels, a refresh rate of 90Hz, and a horizontal viewing angle of 210 degrees is pretty much the best you can get. There's one catch – it's only being sold to businesses for the time being.

4. The Fitbit Charge 3 is tipped to be on the way

If the rumours are right, Fitbit has another fitness tracker in the pipeline, a new Fitbit Charge. The third edition of the wearable is said to come with a touchscreen but no GPS, according to unofficial sources, as well as a long-lasting battery and waterproofing. It sounds like the line between fitness tracker and smartwatch is about to blur further.

5. These Motorola P30 leaks show off an iPhone X-style phone

We're expecting more phones from the Moto brand before the year is out, and one of those phones is tipped to be the Motorola P30. Based on the latest leaked images, the handset is going to rock up with an iPhone X-style notch, as well as a 6.2-inch display, 6GB of RAM, and a 16MP+5MP camera around the rear. It might even arrive by the end of the month.