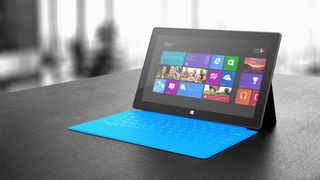 We're concentrating on rumours in today's roundup, courtesy of our friends at TechRadar: find out about upcoming hardware from the likes of Samsung, Microsoft and Apple, as well as a new fingerprint sensor innovation that should make your smartphone harder to hack.

1. Fingerprint sensors are about to get more secure

Samsung scientists in South Korea have produced a new fingerprint sensor that could make it into future mobile phones in the years to come. Not only does it read your fingerprint – kind of essential, for a fingerprint reader – it can also take your temperature. That makes it much harder to spoof a print, and confirms you are who you say you are.

Speaking of upcoming hardware innovations, the rumours suggest Samsung's long-anticipated folding Galaxy X smartphone is getting closer to a launch. The latest speculation from insider sources suggests a super-sized, 6,000mAh battery is now in testing – and because it's curved, it could potentially fit behind a flexible phone display.

3. The Note 9 could come in these five colours

Still keen for more Samsung rumour mill news? One tech news site in Russia has stumbled across some high-quality renders of the Galaxy Note 9, which is launching in August – as per the renders, you'll be able to get the large phone in blue, copper, silver, violet and black. There's nothing official from Samsung yet though, so we'll have to wait and see.

4. A smaller, cheaper Microsoft Surface tablet is on the way

If the current Surface Pro range is too expensive for your tastes, keep your eye out for the device that just went through FCC (Federal Communications Commission) approval in the US. All the indications are that this is a smaller, cheaper version of Microsoft's flagship tablet, and you might only have to pay around $400 (about £300) to pick it up.

Apple likes to test out new features on the iPhone before bringing them to the iPad, so we're not surprised by reports that say this year's versions of Apple's tablets are going to be kitted out with the same advanced Face ID technology as you can find on the iPhone X. The crucial clues lie deep within the iOS 12 beta code, and look pretty convincing to us.