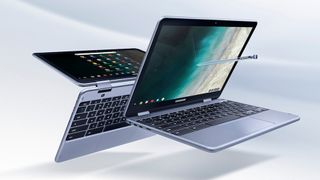 We've got a cornucopia of juicy tech news this morning, covering developments in gaming features for Windows 10, water resistance in the iPhone XI, sleep tracking on Garmin smartwatches, and a new Samsung Chromebook – all courtesy of our friends at TechRadar.

1. Microsoft is planning some treats for Windows 10 gamers

Microsoft has pushed out a new preview build for Windows 10, and there are some nice treats included for gamers: Game Mode gets a performance boost, while the Game Bar has been enhanced too, with more detailed readouts. Extra audio controls have also been added. The enhancements should arrive in the stable version of Windows 10 soon.

New Windows 10 preview has some neat tweaks for gamers

We're still not sure exactly what Apple has in the works when it comes to self-driving car technology, but we do have some new leaks to share. A newly uncovered patent from Apple lays out different ways drivers can signal intent to the on-board computer – including joystick control, voice command, and gestures handled on a smartphone.

3. Your Garmin watch might be getting better at sleep tracking

Attention Garmin watch owners – the company is pushing out an update for Garmin Connect to better track different stages of sleep, so if you have a Vivoactive 3, a Forerunner 645, a Forerunner 935, a Vivosport, a Vivosmart 3 or a Vivomove HR then you take advantage. The same update will be arriving on the Fenix 5 range soon, Garmin says.

4. Samsung gives its Chromebook Plus a serious boost

The Samsung Chromebook Plus is one of the best Chrome OS-powered laptops out there, but Samsung is back with a version 2 upgrade. The new model gets a faster Intel processor, improves the front and rear cameras, and comes with more connectors on board. It's going to go on sale later this month for $499 in the US (which is roughly £375 in UK money).

5. Your next iPhone could be more water-resistant

Previous Apple iPhones have done a decent job at keeping out water, but they're not up to the maximum IP68 rating yet. That could change with the batch coming this September, with a newly discovered Apple patent pointing towards liquid-tight seals for accessories (which would mean the iPhone is also liquid tight). In a few months, we'll know for sure.