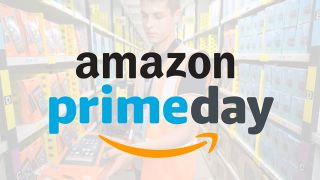 Photoshop on the iPad? A fix for the keyboard problems on the MacBook? Multi-room VR? We've got all this and links to the best deals for Amazon Prime Day (which starts at midday) in today's roundup of stories, collected courtesy of our friends at TechRadar.

If you're an Amazon Prime subscriber then get ready for an avalanche of special deals heading your way from midday today, the 16th of July. The sales extravaganza is going to continue through to the end of Tuesday the 17th of July, so you've got plenty of opportunity to pick up a bargain – whether you're after a toaster or a new smartphone.

2. HTC is testing an early version of multi-room VR

It's still limited in what it can do, and it's going to be a while before consumers can get their hands on the necessary tech, but an HTC exec has shared a demo of multi-room VR working on Twitter. The feature should eventually arrive in SteamVR 2.0, allowing you to use several rooms or your whole house as the basis for your virtual reality experiences.

3. The new Apple MacBook Pros might have fixed the keyboard problem

Failing keyboards have dogged Apple's MacBooks for a couple of years now, though it depends who you believe as to how serious the problem is. What we know for sure, thanks to an iFixit teardown, is that the new keyboards on the MacBook Pros launched last week have an extra layer of dust and dirt protection built in – which might just solve the issue.

5. A full version of Photoshop could be coming to the iPad

Can an iPad ever replace a full computer? Having a complete version of Photoshop available would certainly help, and an unconfirmed report from Bloomberg suggests Apple and Adobe are working to make it happen. According to insider sources, we'll hear more about the plans in October, but as yet there's no confirmed launch date for the software.