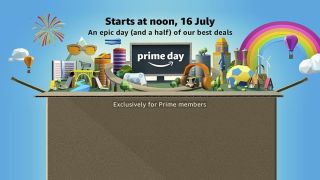 We've got official news on Amazon Prime Day 2018, unofficial leaks for upcoming hardware from Apple, Samsung and Motorola, and an update on Fortnite – the game everyone's playing – in today's tech roundup, courtesy of our friends at TechRadar.

The sales bonanza that is Amazon Prime Day has now been confirmed as 16 July – or rather, 16 and 17 July, because this year it's a 36-day epic. That's right, a mere 24 hours isn't enough to hold the event, which Amazon says is going to be "bigger than ever" (as it does every year). Click through to get the lowdown on what to expect later this month.

2. This year's iPhone will have more RAM than ever

When you've recovered from the excitement of Prime Day, there are the 2018 iPhones to look forward to, led by the iPhone XI (or maybe iPhone X2). Benchmarks from an unnamed iPhone just appeared on the web, and it's boasting 4GB of RAM – so it looks very much like Apple is testing its next flagship already. The launch should be happening in September.

3. Fortnite Playground mode is back up and running

After a botched launch last week, Epic Games has ironed out the bugs in Fortnite's new Playground mode, and it's now live again for everyone. The new mode is a casual, sandbox-style experience where players can get to know the ropes of the game, and do some experimenting, without worrying about time limits or getting shot to pieces.

4. Take a look at the newly leaked Motorola One

Motorola has carved out a reputation for making very decent mid-range Android handsets, and the latest leaked pictures to hit the web show what could be its next offering: the Motorola One. It seems to have a dual-lens rear camera, and a rear fingerprint sensor, and we should find out more at Motorola's upcoming press event, scheduled for 2 August.

Given the quality of the Samsung Galaxy Tab S3, we're very much looking forward to the Galaxy Tab S4, and some leaked unofficial renders of the Android tablet have now appeared online. They show a tall and thin slate, without a physical Bixby button but with a single-lens rear camera. A launch should be happening in the next month or two.