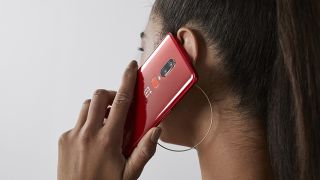 Our collection of tech news stories, courtesy of our friends at TechRadar, covers the full gamut today: we've got an app revamp from Apple, a new phone model from OnePlus, a foldable phone rumour from Microsoft, and updates on Samsung and Huawei gear as well.

Get a load of the brand new colour for the OnePlus 6: it's one of the phones of the year, and it's now available in a very attractive-looking red. This is a limited edition release though, so you'll need to act fast when it goes on sale on the 10th of July. As well as the new shade, the phone comes with 8GB and 128GB of storage, yours direct from OnePlus for £519/$579.

2. Apple Maps is getting a much-needed upgrade

Apple Maps is certainly better than it was when it first launched in 2012, but for many users it still lags behind what its big rival Google Maps can offer. Well, it turns out Apple is going to do something about it – according to insider sources, the app is being rebuilt from the ground up for iOS 12, with Apple relying on a lot of its own tech and data this time around.

Those rumours about a Surface Phone just aren't going away, and now we've got a leaked Microsoft memo that makes mention of a "pocketable" Surface device. While this might not be a smartphone in the conventional sense, it sounds like it's going to be able to make phone calls, and fold in half – perhaps like a kind of smartphone and tablet hybrid device.

We've already heard that an upgraded S Pen stylus might be one of the highlights of the Galaxy Note 9 launch on the 9th of August, and a new rumour suggests that a Bluetooth upgrade will be involved. That should allow it to do much more than just write on the Note 9's screen – it might be tasked with controlling music and the camera, for example.

5. The Huawei Watch 3 is in line for one key upgrade

If you're going to be in the market for a new smartwatch in the near future, it might be well worth waiting for the Huawei Watch 3 – Huawei has good form with wearables, and the Watch 3 is tipped to be its best yet. According to a new patent, the Watch 3 might include a built-in holder for some Bluetooth earbuds, squeezed between the strap and watch body.