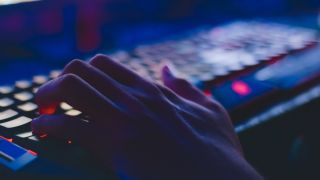 We’re not talking Minesweeper and Solitaire (that would be a whole article of its own) but rather the very cutting edge of PC gaming, the most sweeping campaigns, the most beautifully rendered graphics, and the best writing, all culminating in the best PC games the past few years have to offer us.

If you like a good first-person shooter – by which, if we’re playing it a little less cool, we actually mean a phenomenal first-person shooter – there’s an embarrassment of riches out there on the shelves right now. Look to the most recent release in the Battlefield series, which follows the cinematic stories of five fighters embroiled in the horror of the First World War, or darkly stunning Wolfenstein II: The New Colossus, set in an alternative history where the victorious SS walk the streets of the occupied United States.

If you’re less of a lone wolf and more of a team player, there’s the enormous success that is 2016’s Overwatch, which sees you put together a ragtag bunch of future fighters to beat high-energy objectives. Or how about PlayerUnknown’s Battlegrounds, a completely bonkers battle royale where each one of a hundred players fights for survival on a vast island occasionally apportioned, inexplicably, by enormous force fields?

Thinking less frenzied fascist-bashing and more animated fisticuffs? The unique 1930s cartoon styling of the beautifully drawn Cuphead is sure to be right up your street, if you can take the heat of the numerous, increasingly wacky bosses it throws your way. Or, if you’re after something a little less cartoonish and a bit more creepy (well, a lot more creepy) delve into Resident Evil 7 for an elegantly animated survival horror that’s sure to keep you up at night – not least because you’ll be playing it into the wee hours trying to unravel the enticing mystery at its heart.

With reviewers singing the praises of “the best shooter campaign we’ve seen in a decade”, it’s only right that Battlefield 1 takes our top spot as the best PC game around. While there have been concerns, naturally, about sensitively depicting the world’s most devastating conflict in a video game, developers EA DICE seem to have pitched this WWI game just right. The campaign is actually comprised of five individual narratives, each following a soldier embroiled in a different mission or battle in a different part of the world, but while the stories are affecting, it’s the little details that really make the horror of war hit home, from the body-strewn No Man’s Land to the constant scurrying of trench rats and cries of pain. It’s really harrowing stuff, but play through it, and you’ll be rewarded with one of the best shooter games of a generation.

If you’re uneasy about leaving the fate of your avatar in the laps of the PC gaming gods, then PlayerUnknown’s Battlegrounds isn’t the game for you. The partly randomised systems that govern the gameplay can feel deliberately cruel when you find yourself entering this enormous battle royale unequipped and vulnerable and can’t seem to put your hand to a shotgun. But the good news is that with such an uncertain fate, and a map so brain-meltingly vast and furnished with millions of angles for potential peril, the only option is to go in all guns blazing. When you do, and succeed, the high is unparalleled, and the system of Scout-style merit badges (although we never got our ‘sieging’ badges as nippers) helps too.

Enormous, enticing, and full of distractions

As the old saying goes: in an RPG, don’t dismount if you don’t have time to waste – or something like that, anyway. It holds especially true in The Witcher 3: Wild Hunt, whose enormous open world constantly lures you with its siren song to explore all it has to offer and complete menial tasks for imploring peasants in failing townships, even though you’re meant to be finding out information on the whereabouts of the emperor’s missing daughter. In Wild Hunt, curiosity is both a blessing and a curse, but whichever way you look at it, it’ll give you hundreds of hours of play and a willingness to press on through gorgeous landscapes and curious side stories even while the narrative might feel a little lacking.

A classic – or Classical – masterpiece of turn-based gaming

It’s generally accepted that Civilization VI is the best edition yet of the classic empire-building PC game, and we’re certainly not here to suggest otherwise. It’s huge, sprawling and immensely detail-rich, but still just the right side of accessible for newcomers to the series, and it has all the same resource-finding, barbarian-bashing and peacekeeping (or warmongering) fun that made the first five games such great successes. The big thing here is the map, which places more precedence on tile types and terrain than ever before, and which bursts with life at every turn.

New amazing settings, same shadowy assassin – or is it?

$7.59
View at CDKeys
Prime
$10.99
View at Amazon
$14.99
View at Newegg
See all prices (19 found)
406 Amazon customer reviews
☆☆☆☆☆
Just as good as the original
Detailed decision-based changes in gameplay
Performance on PC has had its wobbles

If you’ve played the original Dishonored, there’s a lot in Dishonored 2 that will be familiar to you, but that’s far from a bad thing when that means it sings from the same hymn sheet as such an extraordinary first person action game. At the opening, you make your choice between playing as recently deposed empress Emily Kaldwin or her father, Corvo, before embarking on a hitlist-ticking kill spree, hunting down those who stand in the way of our heroes and the throne. That isn’t the only decision you’ll have to make though, and the choices you make in-game frequently affect the world around you in subtle but noticeable ways. This, plus really strong writing, some beautiful – if dark – settings, and just a hint more life than the deserted Dunwall of the first game, makes it a game with tons of interest.

Resident Evil 7’s creepy southern plantation house is arguably the best game setting since the spine-tingling Spencer Mansion of the original, and it goes a long way towards making this one of the most enjoyable games of the series. While seasoned players are probably adept at identifying the right moment for a jump scare, there are some moments of genuine squeal-inducing terror that keep things fresh, and the new RE engine renders everything in incredibly lifelike detail, which of course only adds to that uneasy feeling. While puzzles that pose any real challenge are sadly few and far between, it's still a delightfully creepy and thoughtfully realised game.

Why I oughta! This retro-look boss beat-em-up game is challenging and completely addictive

While there’s much more going for it than just its looks, it’s the graphics that immediately make Cuphead stand out from the competition, with nightmarish Steamboat Willie-era Disney vibes galore. The hand-drawn animation and watercolour backgrounds have, of course, helped to create something completely unique, but it’s the gameplay that has reviewers raving. To say that Cuphead is challenging would be an understatement. ‘Regular’ mode is actually ‘intensely difficult’ and ‘simple’ mode is a lie, but that won’t stop you, because the thrill of completing a stage – each one sees you face off against a new outlandish boss in one of a truly dazzling array of forms – is phenomenal.

Forget Mecha-Hitler, this newest release is more harrowing than ever before

Nazi cyborgs and casual bloody violence abound in The New Colossus, one of the best first person shooters out there right now, and the best-looking Wolfenstein by a pretty wide margin (yes, that includes the stunning 8-bit graphics of Castle Wolfenstein for the Commodore 64). This PC FPS is challenging in more ways than one, with hard-hitting emotive scenes and some incidences of real stomach-churning horror, plus a health bar that doesn’t peek above 50% for the first few hours of the game, and an insane opening that sees our hero fend off mechanazis from a wheelchair. On a U-Boat. Simply has to be played to be believed, but you won’t regret it.

If Battlegrounds is the game that – admittedly, in the company of a few friends – sees you become a desensitised killing machine who elates in beating avatars to death with a frying pan, Overwatch is the somewhat more wholesome teamwork-focused alternative. Boasting a huge range of diverse characters with their own particular set of skills, this shooter really requires you to get to know your team, not just their class, in order to successfully complete whatever objective you find yourself thrown into. While some characters are more forgiving to new players, adding a level of accessibility, it is a game that rewards skilled play, and will sometimes leave you frustrated when you end up missing the thing that winds up killing you, but overall it’s great, great fun.

Nailing that co-op is all fun and games until the internet has a wobble – keep your game going no matter where your PC lives with our list of the best Wi-Fi extenders.