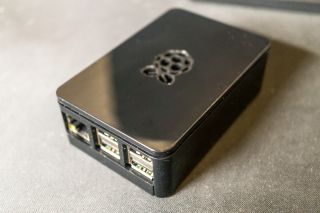 Adding a camera to your Raspberry Pi is simple and can turn the board into a great surveillance camera or a personal computer used for video chatting. Luckily, it's also a pretty inexpensive endeavor, like with most Raspberry Pi accessories. Here are our top picks if you want to add an eye to your Pi.

The second-generation Raspberry Pi Camera Module works great with the Raspberry Pi 3 or 3 B+ and connects directly to the MIPI connector on the board itself. It can take still images at 3280x2464 (8MP) or record 4K video at 30FPS. However, Raspberry Pi recommends using a 2A Power Supply, so you'll need to double-check that before installing this module.

This 5-megapixel camera board works exactly like the official version but also works with the Raspberry Pi 4. This fixed focus lens can record video at 1080p while offering still picture resolution of 2592x1944. Plus, this is natively compatible with your Raspberry Pi, so you can just plug and record.

Don't let the tiny size fool you — this camera module takes great HD video and will fit anywhere. It's perfect for surveillance thanks to its 1080p video resolution and built-in IR filter. However, owners of the Raspberry Pi Zero will have to look elsewhere as this module is not compatible.

Works for 20 hours at a time

This module from MakerFocus features a 160-degree, wide-angle lens, capable of taking 8MP pictures. But the fun doesn't stop there, as you can record up to 1080p video at 30FPS, or 720p video at 60FPS. Before getting this up and running, you will need to get the V2 PCB to work with your Raspberry Pi.

Finding the right setup for your Raspberry Pi is critical to ensuring the experience that you want and it's always a safe bet to go straight from the source, which is why we recommend the Raspberry Pi V2 Camera Module. It just so happens to be an affordable option straight from Raspberry Pi.