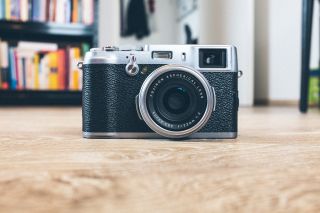 Mirrorless cameras are quickly replacing bulky DSLRs. With optical viewfinders, lighter bodies, and frequently updated software, it's not hard to see a day when mirrorless makes DSLRs obsolete. Looking to upgrade to mirrorless? These are the best cameras on the market today.

Innovation at your fingertips

Sony has innovated faster than any brand in the mirrorless space. The Sony a7 III is their latest iteration, and it features a 24.2-megapixel full-frame sensor, 693 phase-detection points, image stabilization, a silent and mechanical shutter, and a bright LCD monitor. The Sony a7 III is ideal for a variety of shooting styles and an affordable way to move from crop sensor to full-frame.

If you're looking for a camera brand that's earned its stars and stripes, you can't do much better than Nikon. The Z7  is a 45.7-megapixel powerhouse. This lightweight model shoots 4K video, has a customizable menu, and colors so accurate you won't believe your eyes. This bundle includes a 24-70mm Nikkor zoom lens and everything you need to get started.

It looks like an old school film camera, complete with dials and knobs, but operates as one of the most tech advanced mirrorless cameras on the market. The Fujifilm X-T3 is a crop sensor model with 26.1-megapixels, 16 built-in film simulation modes, a color viewfinder and eyepiece, and more than two million phase detection pixels.

Adjust your high-speed focus and AF coverage on the fly, plus have complete creative control with the 30.3-megapixel Canon EOS R! This highly-rated mirrorless camera is designed with a new RF mount and is compatible with a variety of older lenses. The Canon EOS R is a cult favorite amongst professional and amateur photographers alike for a good reason.

The 20.3 megapixel Lumix G9 has a rugged splash and freezeproof magnesium alloy body. Photos can be stacked in-camera to produce 80-megapixel high-resolution JPEGs or RAW files. With class-leading image stabilization and 4K video, the Lumix is a micro four-thirds camera that's earned its excellent reputation.

Mirrorless cameras are the future, and each year they get more impressive. Our favorite camera is the Sony a7 III. This full-frame camera with IBIS works well for landscape, wedding, and event photographers. With all the contributions Sony has made to the mirrorless field in the last few years, we still think they're leaps and bounds ahead of the competition.

Fujifilm is another brand that's paving new paths in mirrorless, and the Fujifilm X-T3 is one of their best offerings in recent years. The colors Fujifilm outputs are so good that many photographers choose to shoot in JPEG instead of RAW! And the glass in Fujifilm's lineup is outstanding!