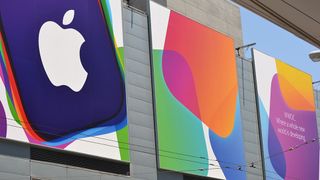 Want to know about upcoming phones from Google and Apple? Ready to start talking to your games console? Want an immersive VR experience at your local? You've come to the right place, as we've got all the day's best tech news, courtesy of our friends at TechRadar.

Later today, Apple will get its 2018 Worldwide Developers Conference (WWDC) underway – we're expecting an avalanche of updates on the Apple software running on phones, laptops, smartwatches and TVs. TechRadar has all the preview news and rumours you need to know about, including new AR tricks for the iPhone and a dark mode for macOS.

2. The Google Pixel 3 XL might not fit in your pocket

Another leak has hit the web that suggests the Google Pixel 3 XL phone coming later this year is really pushing the limits as far as screen space goes – it's tipped to have a 6.2-inch display, up from the 6 inches of the Pixel 2 XL. We're also hearing the larger Pixel 3 XL will have a display notch, unlike the standard Pixel 3, which is said to have a 5.3-inch display.

3. Smart AI apps are coming to the Xbox One

Your Xbox One console might be about to get a lot smarter, if we can believe new rumours that say Amazon Alexa and Google Assistant are coming to Microsoft's gaming machine. That's according to sources speaking to Windows Central, so get ready to start talking to your console and getting help with everything from ordering pizzas to searching the web.

4. Would you play VR games at the local?

Virtual reality experiences could be on their way to your local pub, thanks to The VR Concept, which is trialling the idea at locations in London and Brighton. The idea is that you can have a few rounds of a VR game alongside your pint – it certainly makes a change from a tired dartboard sitting on a wall or a dated quiz machine sitting in the corner.

We might have been given a better look at the upcoming iPhone X2 and iPhone 9 thanks to a video of unofficial phone renders doing the rounds on the web. Apparently the bigger flagship phone is going to have a 6.5-inch screen, while the iPhone 9 is going to offer a 6.1-inch display instead. We'll find out for sure in September at Apple's iPhone launch.