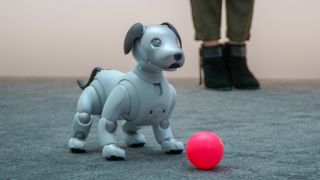 From a new Game of Thrones game, to an operating system that's 23 years old, we've got a top selection of tech stories today, courtesy of our friends at TechRadar. Read on for news about the Google Pixel and Huawei Mate phones, and Sony's new Aibo robot canine.

The latest Pixel 3 leak in an ongoing deluge comes from insider sources speaking to 9to5Google, and suggests that both the Pixel 3 and the Pixel 3 XL are going to have dual front-facing cameras – one lens will apparently be wide-angle, and the setup should ensure better selfies and better bokeh effects (where the background gets blurred).

2. The Huawei Mate 20 could come with a slice of Android 9 Pie

Like the Pixel 3, the Huawei Mate 20 is expected to break cover in the very near future –  and according to a recent regulatory filing, it'll arrive with Android 9 Pie on board (or at least get it very soon). So far the only phones to have the Android 9 Pie update are Google's own Pixel line and the Essential Phone, so it's quite an exclusive club right now.

3. Sony's new Aibo will cost you more than a real pooch

Sony is rebooting its line of Aibo robot dogs, and the company just announced that the AI-powered pooches are coming to the US from September. They'll cost you though – the sticker price is $2,899 (roughly £2,269). That gives you an Aibo, a charging station, a selection of doggie toys, and a three-year subscription to the linked AI cloud service.

4. A Game of Thrones game is coming

There's a new Game of Thrones mobile game on the way, based on the very popular Reigns title. In the new GoT game, as in the Reigns originals, you take command of a character and a kingdom through the use of Tinder-style cards – you simply have to make the right decisions by swiping right and left to keep your people happy and prosperous.

5. Relive the days of Windows 95 with this app

Windows 95 was a huge step forward for desktop computing, though you might not remember it if you weren't alive at the time. Now you can taste the charm of Windows 95 again, thanks to a standalone app put together by one dedicated developer – it can be downloaded and used free of charge, and includes many of the original utility apps.