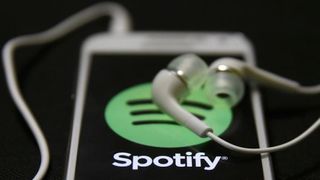 It's been another packed day in the world of tech, with revamped apps from Spotify and Gmail, a hint of a mysterious Amazon gadget on the way, and phone news from LG and OnePlus. Here are the stories you need to read, courtesy of our friends at TechRadar.

Spotify is launching a major shake-up of its free tier, especially inside its mobile apps: non-paying users can now choose the order of their music on Android and iOS, as long as they pick from a bunch of playlists generated by Spotify's algorithms (and put up with a few ads of course). In other words, you get around 750 tracks or 40 hours of music out of Spotify without being a Premium user. The sweeping changes are rolling out from today.

2. Get ready for an Amazon Fire TV Cube

3. Gmail gets a huge refresh on the web and mobile

Google has announced a huge update for Gmail on the web and mobile, which is starting to roll out now. Among the features you can look forward to are smart replies, emails you can snooze, a redesigned user interface, better integration with other Google apps, and a "confidential mode" that lets you set expiry dates on your messages and block them from being copied or forwarded. If you can't see the update yet, be patient: it's on the way.

4. We now know when the OnePlus 6 is coming out

We've seen a lot of rumours and leaks surrounding the OnePlus 6, testament to the eagerness people have to get their hands on this 2018 flagship, and now we finally have something solid to confirm: the phone will arrive officially on 16 May, which is a Wednesday. Click through on the link below for all the details, including news on how you can be at the launch yourself – OnePlus is selling tickets for the launch show as well.

The LG G7 ThinQ is launching a couple of weeks earlier than the OnePlus 6, on 2 May, and the leaks for this particular phone continue to come thick and fast. Here's something official from LG though: a new press release mentions a pretty gigantic 6.1-inch screen with a 19.5:9 display, as well as optional notch support – so you can either accept a big black indentation at the top of your screen, or level the side edges off via LG's software.