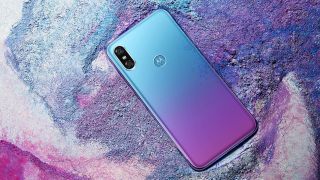 When will Apple launch its new iPhones? What does the new Motorola P30 smartphone look like? And exactly what is Google planning to do with its Google Fit health app? Answers to all these questions and more below, courtesy of our friends at TechRadar.

Motorola has a new phone on the market, and a stylish one at that – the Motorola P30 mid-ranger is available in three eye-catching colour options, has an FHD+ LCD display, a Qualcomm Snapdragon 636 CPU inside, and 6GB of RAM. It's launching in Asia first of all, though a rebadged version is expected to launch worldwide in the not-too-distant future.

2. Is your Motorola phone getting Android 9 Pie?

If you already have a Motorola handset, you might be wondering when the latest Android 9 Pie software is going to arrive for it, and we've got the details for you. Motorola has revealed that a total of eight phones will get the software – click the link for a full list – though as yet there's no timescale on when the Pie patch is going to be pushed out.

3. Google Coach could be on the way to keep you fit

Word on the Wear OS street is that Google is prepping a new Google Coach app, intended to take more of a hands-on (and AI-powered) role in keeping you fit and healthy – the app will be an update to Google Fit, and recommend workouts and exercises specifically for you and your current fitness levels. Nutrition advice will also be included, apparently.

Just like Apple, Huawei makes its own phone processor chips, and we now know a bit more about both an upcoming chipset and an upcoming handset: a Huawei press release says the Huawei Mate 20, due for a launch very soon, will have the brand new Kirin 980 chipset inside it. Expect the usual bump in terms of performance and power efficiency.

We know that new iPhones are on the way, but when will Apple unveil them? The TechRadar detectives have put their heads together and decided that the 12th of September – a Tuesday – is the likely spot in the calendar, based on previous launches and other events that week. Apple should be confirming the date in the near future.