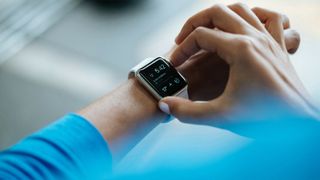 Are you ready for the launch of new iPhones from Apple and new Pixel phones from Google? We've got the latest information on the upcoming handsets, as well as news from IFA 2018 and a breakthrough in battery research, all courtesy of our friends at TechRadar.

1. New iPhones are going to appear on the 12th of September

We've heard a lot of rumours about what Apple is planning for its 2018 range of iPhones, and now we finally know when they're going to get unveiled too – Apple has sent out press invites for an event on Wednesday the 12th of September, so mark the date in your diaries, take the day off work, dig out your credit card, and do whatever else you need to do.

2. Here's the first photo of the Apple Watch 4

As well as new iPhones, we may well also get a new Apple Watch. A photo seemingly showing the Apple Watch 4 has hit the web, showing its rumoured edge-to-edge display in what appears to be an official picture that's got out too early. The screen is tipped to be bigger on both the 38mm and 42mm models, though the overall sizes remain the same.

After the iPhones break cover in September, it'll be Google's turn – the company is widely expected to reveal its Pixel 3 and Pixel 3 XL smartphones at the start of October, and we just got some new information on the smaller of the two. There are pictures as well, showing the front, back and sides of the phone in an impressive amount of detail.

4. The latest from IFA... a Kylo Ren lightsaber controller

The IFA 2018 tech expo continues to draw the crowds in Berlin, and among all the regular gadget launches we've got something a bit more unusual from Lenovo – a Kylo Ren lightsaber controller. You too can turn to the dark side and battle Jedi knights, if you're willing to drop $99 (about £75) on this (and already have Lenovo's Star Wars AR headset).

5. Low-energy wearables are about to get a battery boost

Battery news might not be the most exciting of topics, but these packs power everything our daily lives depend on, and low-power wearables like smartwatches are about to get a serious battery life boost – it's all thanks to new 3D microbatteries, which change the whole design of the battery to squeeze out more power from a smaller form factor.