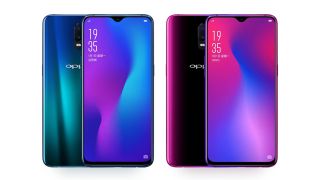 Take a peek at some upcoming flagship smartphones, get the lowdown on new hardware from Nikon and Samsung, and find out about an exciting new direction for Chromebooks – it's all in our regular daily tech news digest, compiled courtesy of our friends at TechRadar.

1. Take a squint at the upcoming Huawei Mate 20 Pro

The Mate 20 Pro is the next flagship phone we're expecting from Huawei, and have we got an exclusive sneak preview for you. Picked up on a Chinese social media site, some leaked images show off the front panel of the phone, and it looks like an in-screen fingerprint reader could be in the pipeline. An official unveiling is expected in October or November.

2. Nikon might have two new cameras to show off later this month

We know that Nikon has a launch event scheduled for the 23rd of August, but what is it going to be showing off? According to the latest rumours, two new cameras: the Z6, with a 24MP full-frame sensor, and the Z7, with a 45MP full-frame sensor. A new line of Nikon lenses are also reportedly on the way – we've got a week and a bit to wait to find out.

3. This could be what the OnePlus 6T looks like

Back to the phone rumours, and we think OnePlus might have another flagship to show off in the months that remain in 2018 – the OnePlus 6T. Thanks to the unveiling of the sleek and stylish Oppo R17 handset, we now have a better idea of what the OnePlus 6T might look like, as the companies have previously released very similar-looking smartphones.

Mesh routers blanket your whole home in Wi-Fi by having several access points rather than just one, and there's now a new device on the market in the form of Samsung SmartThings Wifi. As well as covering an area of around 4,500 square feet (418 square metres), it can apparently also act as a smart home hub, and it's yours for $119 (around £90) and up.

If you find Chrome OS on your Chromebook a little limiting, this will interest you – based on code discovered in Google's lightweight operating system, the option to boot Windows 10 as well as Chrome OS could be coming to several Chromebooks in the near future. It's a rumour we've heard before, but the evidence that it's something real is slowly mounting.