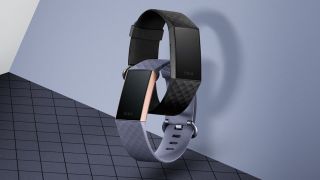 New graphics cards, a new Fitbit fitness tracker, and rumours about upcoming devices from Apple and Huawei – it's another busy day in the world of technology but we'll get you right up to speed with what's been happening, courtesy of our friends at TechRadar.

1. Faster wireless charging is heading to the 2018 iPhones

It shouldn't be long now before Apple unveils this year's new iPhones – the 14th of September is tipped to be the date they actually go on sale – and according to a new report from the supply chain in Asia, the handsets will get upgraded wireless charging: in other words, more juice in a shorter amount of time, compared with the 2017 models.

2. Check out the notch and camera on the Huawei Mate 20

Like Apple, Huawei is rumoured to have another batch of flagship phones on the way, and thanks to a series of newly leaked renders we've now got a better idea about what they might look like. The Huawei Mate 20 and its siblings look set to have a very compact notch on the front display, and a rather odd-looking three-camera array setup around the back.

3. The Charge 3 is the most advanced Fitbit tracker yet

Fitbit has a new tracker to show off, the Charge 3, which replaces the Charge 2 launched in 2016. With waterproofing, sleep tracking, swim tracking, advanced heart rate analysis, smartphone notifications and a monochrome touchscreen, it's the most capable fitness tracker Fitbit has ever put out – just below the Fitbit smartwatches in terms of features.

5. A new Mac Mini and MacBook Air are rumoured to be on the way

Apple has already updated its MacBook Pro line this year, but new information from those in the know (speaking anonymously to Bloomberg) say the company is also planning to unveil a new MacBook Air and a new Mac Mini before the year is out. Both models are in dire need of an update – the Mac Mini hasn't seen a refresh in almost four years now.