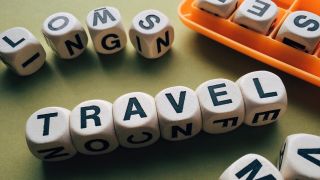 Travel isn't always exciting. There can be lots of downtime and periods when people – particularly children – start to become restless and bored. In these days of mobile phones, the temptation can be to start playing with an app or surfing the web to while away the minutes and hours. But if you want to involve and engage other people, then a stimulating physical travel game could be the answer.

When looking for a perfect game that you can take with you on a trip, there are some key considerations, chief among them the size of the product. You're certainly not going to want to cart a full-size board game with you so many companies have created easily transportable alternatives, some of which are interesting riffs on existing games. Many involve cards or small tiles and part of the fun is seeing how inventive the makers have been.

Of course, a game has to be enjoyable in and of itself so you'll want to read up the rules to see if it's something you're likely to enjoy – or at least assess if you could use your imagination in bending the rules towards an improvement of some sort.

Overly complex games may not sit well in mixed groups where children are involved. Likewise, games that are too simplistic will not hold the attention of adults for too long. Pay attention to the age suggestion on the front of the box and be wary of games with small parts when very young children are around.

Become a capitalist king in the shortest possible time

£5.82
View at Amazon
£6.09
View at Amazon
See all prices (2 found)
There's no board involved
Games can be played in 15 minutes
The core elements of Monopoly are intact
You don't get the familiar play pieces

Try and embark on a proper game of Monopoly and you could find it taking up an entire flight  (maker Hasbro reckons it can take up to four hours, although the longest game lasted 70 days). Better, then, to put away the board game, the stashes of cash, the plastic houses and the tiny hotels and concentrate purely on a set of cards.

With Deal, you can have a game done and dusted in just 15 minutes. You get 110 cards in total and the idea is to become the first player to get three full property sets of different colours. You do this by playing, stealing or collecting cards as rent, with the deck including properties, money and wild options. With a few awards under its belt, it's certainly one to pull out of the bag when boredom sets in.

£19.99
View at Amazon
£214.42
View at Amazon
See all prices (2 found)
3 Amazon customer reviews
☆☆☆☆☆
A simple yet tense-sounding concept
Involves kittens – albeit exploding ones
Card-based, therefore a simple set-up
A more expensive card game (but not excessively so)

Exploding Kittens burst on to the games scene courtesy of Kickstarter backers who backed the project to the tune of $8,782,571. But don't worry: real cats are not harmed in the playing of this game. Instead, they come in the form of cards which are drawn one at a time until an exploding kitten knocks a player out of the game (hence the name).

There are some complications, however, otherwise it would be rather dull. There are defuse cards that prevent explosions as well as those that allow attacks on other players and the ability to place an exploding kitten anywhere in the pack. Players have to be aged seven and over and the game can be played in 15 minutes by between two and five people. Just don't fall out on your travels because of it.

The concept of Connect 4 is likely to be familiar to most people given its classic status. This miniature version lets you take the game on the road since its only 23.5cm tall and 15.9cm high once it has been assembled.

Although it might not be one to whip out if there are more than two people in your travel group (unless you decide to have a tournament), the game gives you 21 red and 21 yellow checkers from which players aim to get four in a row before the opponent.

The fun comes from the strategies players will inevitably end up adopting both to place tiles and block the other's move. You don't need to worry about losing pieces in transit either because the checkers are stored in the columns when a game is complete and the trays fold neatly away.

£7.99
View at Waterstones
£15
View at Amazon
Low Stock
£15
View at John Lewis
See all prices (11 found)
Appeals to fans of word-based games
Doesn't need a board
Has a fun banana case for the pieces
Maybe not ideal among speakers of different languages

So-called because it's the “anagram game that will drive you bananas”, this variant on Scrabble doesn't need a board. Rather, you get a banana pouch full of plastic letter tiles and, once divided up among the players, the aim is to be the first to use them all, as a word grid is formed on a table or whatever surface is being used.

How many tiles each player gets is dependent on the number of players so if you wish to play alone in an idle moment when travelling solo, you could grab all 144 tiles. Otherwise, they're divided, with a number of them remaining in a pool known as the Bunch.

As a player uses their tiles, they endearingly shout “peel”, forcing everyone to grab a new tile. Once there are fewer tiles than there are players, it's then a race to the end with the victor screaming “Bananas”.

A game that claims to be crawling with possibilities

£19.98
View at Amazon
Very transportable game with few pieces
Comes with its own bag
Offers a cerebral gaming challenge
Not one for people with entomophobia

Hive is a strategic game which comprises 26 pieces, half of which are white and half of which are black. Each one is imprinted with the image of an insect which can move in a particular manner and, as they are laid down, the players are trying to prevent their queen from being surrounded while attempting to surround the queen of their opponent.

Playable without the need for a board, the game has attracted a lot of attention, not least from Mensa which has given it an award. You can take from such an accolade that the game makes good use of the mind and it is perhaps a good one to take on longer journeys so that players can enjoy some thinking time.